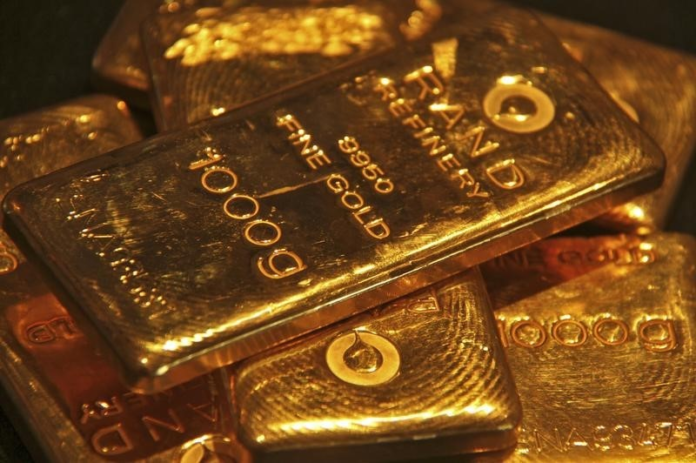 Investing.com — Gold prices hovered around eight-month highs on Tuesday, having stuck to a tight range in recent sessions as investors awaited more cues from a slew of economic data due this week, with particular focus on any signs of a recession.

Trading volumes in the yellow metal were also limited by a U.S. holiday on Monday, although the dollar saw a mild recovery.

Markets are awaiting key readings on inflation from the euro zone and the UK, as well as U.S. retail sales and industrial production data, to gauge whether the world’s largest economies are facing a potential slowdown due to tight monetary conditions.

The Bank of Japan’s policy meeting on Wednesday is also in focus, after the central bank unexpectedly struck a hawkish tone during its December meeting. The move had weighed heavily on the dollar and slightly supported commodity prices.

Markets are positioning for a potential slowdown in major economies as the effects of sharp monetary tightening in 2022 begin to be felt. The International Monetary Fund had earlier this month warned of such a scenario in 2023.

Gold is expected to benefit from a potential recession, given that it will potentially push the Fed into pausing its rate hike cycle. The central bank had embarked on one of its most aggressive tightening sprees in 2022, which boosted the dollar and battered non-yielding assets like metals.

Among industrial metals, copper prices rose slightly on Tuesday after falling sharply from an over seven-month high in the prior session. The red metal logged strong gains over the past month on the prospect of a demand recovery in major importer China.

But while China recently relaxed most of its anti-COVID measures, it is also facing an enormous spike in COVID-19 cases, which has cast doubts over the timing of an economic recovery. GDP data due later on Tuesday is expected to shed more light on this trend.