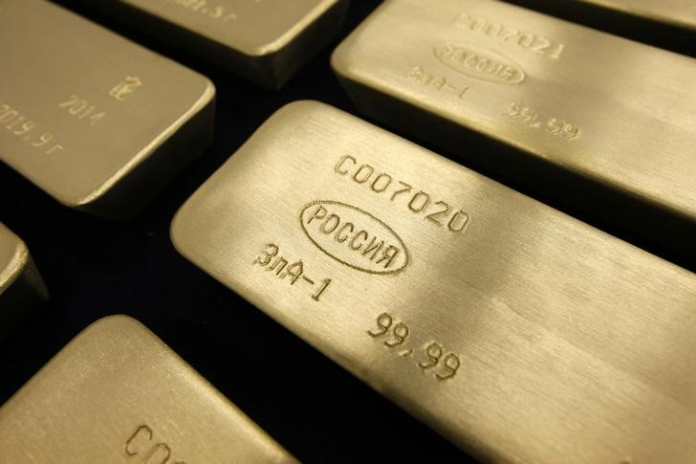 Investing.com– Gold prices hovered near a six-month high on Wednesday following a sharp rally in the prior session, as markets waited for the Federal Reserve to hike interest rates later in the day and also weigh in on easing inflationary pressures.

Bullion prices rallied sharply on Tuesday after data showed U.S. consumer price index (CPI) inflation eased further in November, indicating that price pressures in the country have peaked and are likely to retreat.

Data showed U.S. CPI inflation eased more than expected to 7.1% in November, coming as a result of tighter monetary conditions, easing fuel prices, and softening economic growth in the country. It also was the softest inflation reading seen in a year.

Focus now turns to the conclusion of the Fed’s final meeting this year, due later in the day. The central bank is expected to hike interest rates by 50 basis points (bps).

But markets will be closely watching an address by Fed Chair Jerome Powell after the meeting, to see whether the central bank thinks inflation has cooled sufficiently to begin further tapering its pace of interest rate hikes.

A rally in risk-driven markets was also cut short on Tuesday by anticipation of the Fed, given that the central bank has maintained a largely hawkish stance against inflation this year.

A series of sharp interest rate hikes by the Fed battered metal markets this year, as the bank made combating price pressures its main priority. Any signals of smaller rate hikes are likely to benefit markets in the near-term.

Among industrial metals, copper prices fell on Wednesday amid continued uncertainty over demand in major importer China. Copper futures were down 0.2% to $3.8407 a pound.

China is grappling with its worst COVID outbreak yet and is expected to see a surge in cases as it relaxes several virus-linked restrictions.

But on the supply side, production of the red metal may tighten in the near-term, especially due to public unrest in the world’s no.2 copper producer Peru.