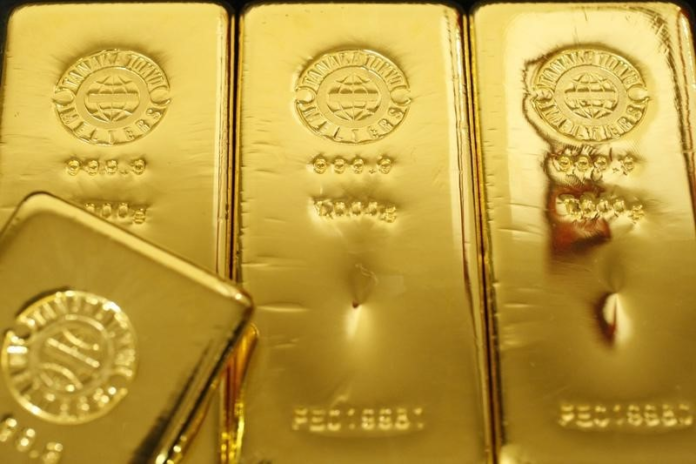 Investing.com — Gold prices rose slightly on Friday and were set for a fourth straight week of gains after U.S. consumer inflation data showed that price pressures eased as expected in December, setting the scene for a slowing pace of interest rate hikes by the Federal Reserve.

Copper prices also firmed on Friday, and were headed for their best week in over two months amid increased optimism over an economic reopening in major importer China.

Prices of the yellow metal surged to a more than eight-month high this week as traders positioned for easing pressure from the dollar and Treasury yields in the coming months.

The dollar sank to a seven-month low against a basket of currencies on Friday after data showed U.S. consumer price index inflation fell to its slowest pace in a year during December. The trend of softening inflation is likely to invite an eventual shift in the Fed’s hawkish rhetoric.

Growing expectations of this shift have spurred a sharp rally in gold since late-December, given that it heralds some relief for the yellow metal after it was battered by a sharp rise in interest rates throughout 2022.

Markets are now pricing in a nearly 95% chance that the Fed will hike rates by 25 basis points in its February meeting, according to the CME Group’s Fedwatch tool.

Among industrial metals, copper prices rose slightly on Friday, but were set for a stellar week of gains after China recently reopened its international borders following three years of lockdowns.

Economic growth in China is expected to eventually recover this year, driving renewed strength in global copper demand as the country ramps up infrastructure spending. But the near-term outlook still remains uncertain, given that China is struggling with its worst-ever COVID-19 outbreak.

Potential disruptions in supply, caused by political violence in world no. 2 copper producer Peru, are also expected to benefit copper prices in the near-term.