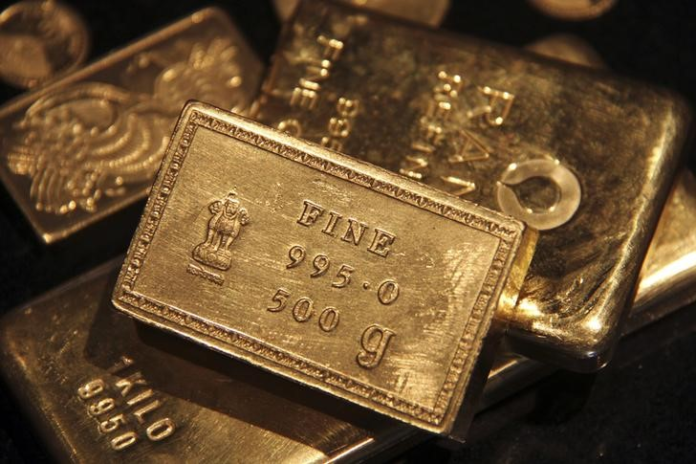 Investing.com — The gold bull is back on track, with the yellow metal scaling near seven-month highs again Friday, as moderating U.S. jobs growth signaled more slowing of rate hikes by the Federal Reserve.

Last month’s payroll growth was still well above the 200,000 forecast by economists, proving the tough job the Fed has in cooling a runaway jobs market that was feeding inflation.

But market punters still bet on the central bank doing a rate hike as small as 25 basis points at its next policy decision in February, after a 50-basis point hike in December and four back-to-back hikes of 75 basis points between June and November.

“Sustainability above the immediate support of $1,850 will add strength for the next leg higher of $1,878, above which $1,896 is a high probability target,” said Dixit.

A weaker reading for the U.S. ISM Services index in December also “confirms that [the] U.S. economy is showing further signs of weakening as the service sector shrinks, which should support the case for holding gold,” added Moya.

The dollar fell against a basket of major currencies while U.S. Treasury yields, benchmarked to the 10-year Treasury note, hit three-week lows, spurring gold bulls on.

U.S. interest rates currently stand at a peak of 4.5% after the Fed added 425 basis points to rates since March. Prior to that, rates peaked at just 0.25% as the central bank slashed them following the global outbreak of the coronavirus pandemic in March 2020.

The Fed has started slowing the pace of its rate hikes since last month, opting for a 50-basis point increase in December after four jumbo-sized hikes of 75 basis points between June and September. But it said it won’t stop its monetary tightening until it gets inflation back to desired levels.

Minneapolis Fed President Neel Kashkari reinforced the central bank’s stance on this when he said on Wednesday that rates need to rise about 1% more to around 5.4% to achieve the Fed’s target for inflation.

Economists said it would be difficult for consumers, who account for 70% of the economy, to stop spending with jobs growth being this good and with savings still in hand from government-disbursed aid during the pandemic.

“I just can’t see the U.S. consumer slowing down this year with employment so strong and [the] consumer still sitting on $0.9 trillion in excess savings,” economist Adam Button said in a post on the ForexLive forum.

The labor market has been the juggernaut of the U.S. economy over the past two years, spearheading its recovery from the coronavirus pandemic.

Joblessness among Americans reached an all-time high of 14.8% in April 2020, with the loss of some 20 million jobs after the COVID-19 breakout. Since June 2020, however, the Labor Department’s non-farm payrolls report has cited hundreds of thousands of job additions almost every month. Wages have also grown without stop every month since March 2021.