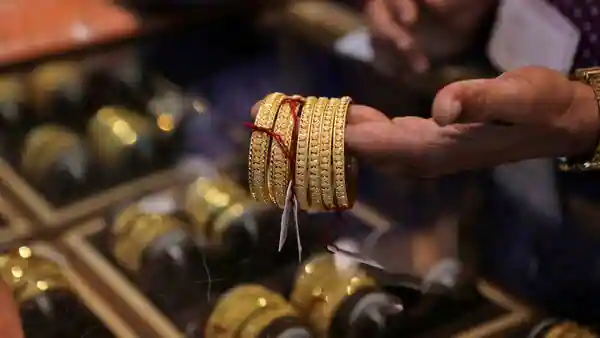 Gold rates in India rose to new high today, tracking firm global rates. In domestic futures market, MCX gold rose 0.4% to ₹57050 per 10 gram while silver jumped 0.5% to ₹68301 per kg.  In global markets, supported by a weaker US dollar, spot gold rose 0.2% to $1,935.69 per ounce. Investors await US fourth quarter GDP growth estimates due later this week. Among other precious metals, spot silver gained 0.4% to $23.54 per ounce.

The US dollar has softened in recent weeks on rising bets of lower rate hikes. A weaker greenback makes dollar-priced bullion more affordable for many buyers.

“COMEX Gold ended Monday’s session on a flat note after falling to as low as $1912/oz. In today’s early session Comex gold is trading firm near $1936/oz gaining by around 0.40%. Yesterday the yellow metal witnessed a wild move as price initially corrected towards $1912/oz on strong US Dollar and rising bond yields. However, the dollar pared the gains that supported gold to reclaim $1928/oz and closed on a flattish note,” said Ravindra Rao, VP- Head Commodity Research at Kotak Securities

“Traders will focus on a slew of economic data from the US this week before the FOMC meeting next week. PMIs from the Euro area, UK and US will be the focus today followed by the U.S. fourth-quarter GDP report on Thursday,” he added.

Gold rates in India are up ₹7,000 per 10 gram since November as a drop in US bond yields and a softer dollar spurred a rebound in global rates.

“On the investment demand front, SPDR gold ETF holdings rose to 917.05 tonnes as on 20th January 2023, from 912.14 tonnes in the previous week. Deteriorating outlook for global economy, particularly US and the prospects of a Fed pivot have brought in some inflows. Having said that, India’s gold imports in December plunged 79% from a year earlier, to the lowest level in decades, as higher domestic prices probably dampened retail investor demand. India’s gold imports in 2022 dropped to 706 tonnes from 1,068 tonnes a year ago. Prospects of a looming slowdown in US, cooling inflation and labour market coupled with a Fed pivot might continue to bolster the gold prices,” Kotak Securities said in a note.