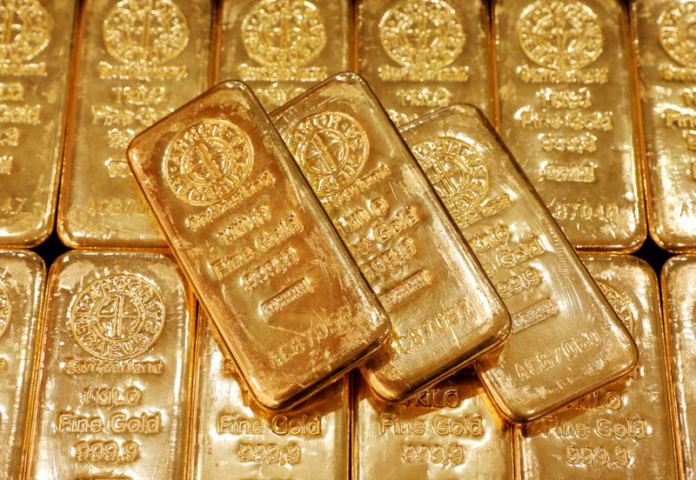 (Reuters) – Gold prices slipped on Wednesday from a nine-month peak hit in the previous session as the dollar steadied and investors squared positions ahead of U.S. fourth-quarter economic growth figures.

The U.S. Commerce Department is expected to unveil its initial advance fourth-quarter GDP estimates on Thursday, which could set the tone for the Federal Reserve’s Jan. 31-Feb. 1 policy meeting.

Gold’s losses, after the peak recorded on Tuesday, resulted from a technical correction as investors closed positions in order to lock in profits ahead of the release of the data, said ActivTrades senior analyst Ricardo Evangelista.

“The overall sentiment is positive, with the Fed expected to adopt a more benign posture and announce a 25bp rate hike, when it meets next week. If confirmed, the scenario will be negative for the U.S. dollar and treasuries, offering support to gold.”

Lower interest rates tend to be beneficial for bullion, decreasing the opportunity cost of holding the non-yielding asset.

U.S. business activity contracted for the seventh straight month in January, though the downturn moderated across both the manufacturing and services sectors for the first time since September.