HomeNewsCommoditiesGold blazes past $1,800 as dollar sinks on BOJ policy shift

Gold blazes past $1,800 as dollar sinks on BOJ policy shift 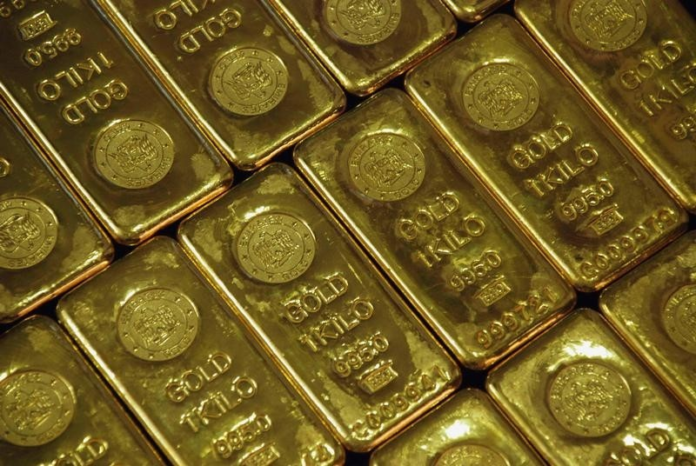 Investing.com– Gold prices hit a one-week high on Wednesday, logging strong gains as the dollar fell sharply against a basket of currencies, although the outlook for the yellow metal remained uncertain amid rising interest rates and fears of a recession.

Bullion prices rallied nearly 2% on Tuesday after a spike in the Japanese yen dented the dollar and ratcheted up fears of rising interest rates. This was triggered by the Bank of Japan unexpectedly tweaking its ultra-loose monetary policy for the first time in nearly a decade.

The BOJ increased the range within which the yields on benchmark Japanese government bonds are allowed to fluctuate, signaling that it may be open to tightening policy next year.

The move follows hawkish signals from several other developed market central banks, and indicates that global interest rates are likely to rise further in 2023. While such a scenario bodes poorly for non-yielding assets such as gold, the prospect of an ensuing economic slowdown also boosted the yellow metal’s safe haven appeal.

Softer-than-expected U.S. housing data also ramped up fears of a recession in 2023 – a scenario that could benefit gold, amid some speculation that the Federal Reserve is close to ending its cycle of interest rate hikes.

This has seen the dollar relinquish a chunk of its gains this year. The greenback is now trading near six-month lows, after the Fed raised interest rates by a relatively smaller margin earlier this month.

Other precious metals rallied on Tuesday and were trading steady on Wednesday.

Among industrial metals, copper prices rose 0.3% to $3.8178 a pound on Wednesday, after jumping 0.7% in the previous session.

But gains in the red metal were constrained by growing uncertainty over an economic reopening in major importer China, which is struggling with an unprecedented spike in COVID-19 infections.

Fears of a potential recession in 2023 have also weighed on copper prices in recent sessions, given the metal’s close relationship with economic growth.