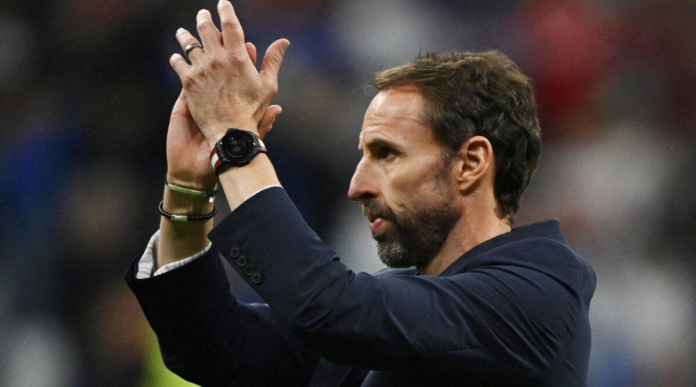 Gareth Southgate has committed to staying in the role for the next two years.

After a third shot at a major tournament ended in disappointment, there were questions on Gareth Southgate’s future as England coach. Southgate is under contract until December 2024, but after the 2-1 loss to France in the World Cup quarterfinals, there were no guarantee that he would stick around until then.

However, as per multiple reports, the 52-year-old Southgate has decided to continue as England’s head coach and will inform the English Football Association (FA) of his decision before Christmas.

According to the report in The Sunday Times that Southgate planned to see out his contract.

Southgate’s current contract runs until the end of that year and he is now determined to fulfil it with the Euros qualifying campaign kicking off with challenging fixtures away to Italy on March 23 and at home to Ukraine three days later.

Southgate led England to the World Cup semi-finals in 2018 and to within a penalty shootout of winning the Euros. Southgate went to Qatar targeting a first tournament victory since 1966 and said after the team’s exit: “The energy that it takes through these tournaments is enormous. I want to make the right decision, whenever that is, for the team, for England, for the FA.”

“Whenever I finish these tournaments, you need time to make the correct decision. Emotionally, you’re going through many different feelings,” Southgate told reporters when asked about his England future after their tournament exit,” he told reporters after England’s loss against France.

With Jude Bellingham and Bukayo Saka emerging as two of the standout stars of the World Cup, England has a core of young players to build around for Euro 2024.

Share
Facebook
Twitter
Pinterest
WhatsApp
Previous article
India down Spain to win Women’s Nations Cup, seal Pro League
Next article
What Is ‘Margin’ Crypto Trading and Why Do Experts Think It Should Be Banned in India?