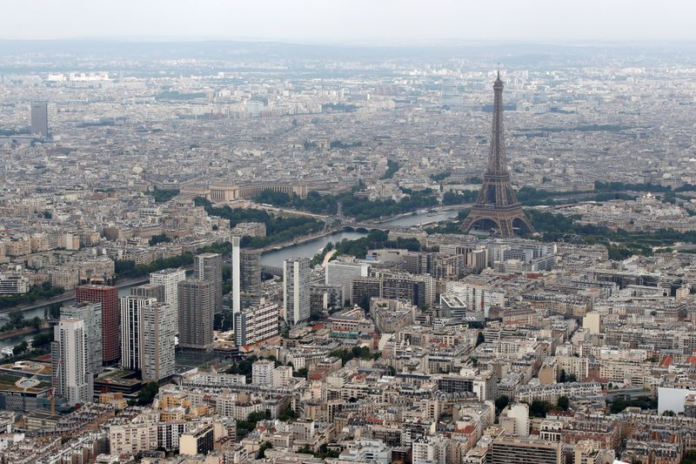 PARIS (Reuters) -French inflation slowed unexpectedly for a second month running in September, bucking the trend in neighbouring Germany and the wider euro zone, helped by decelerating increases in prices of energy and services, data showed on Friday.

The INSEE national statistics agency said France’s EU-harmonised rate of annual inflation fell to 6.2% in September from 6.6% a month earlier, confounding economists’ average forecast for a slight acceleration to 6.7% in a Reuters poll.

Inflation peaked in July at a record 6.8% in the euro zone’s second-largest economy, which is faring better than its neighbours in taming price rises although some economists warn France’s heavy spending on blanket protection for households is storing up pain for later.

“September’s fall in inflation is certainly good news, although it is too early to claim victory as stress in the energy sector is expected to intensify over the coming months,” S&P Market Intelligence senior economist Diego Iscaro said.

Data on Friday showed euro zone inflation zoomed past forecasts to hit a new record high of 10.0% in September, reinforcing expectations for another jumbo interest rate hike from the European Central Bank in October.

The acceleration from 9.1% last month was still driven mainly by volatile energy and food prices but continued to broaden out, with virtually all categories, from services to industrial goods, now showing painfully high readings.

A breakdown of the French numbers showed the lower headline inflation rate was due primarily to weaker energy price inflation, which at 17.9% was the lowest in a year.

With the government capping French power and gas prices, energy prices eased as crude oil prices fell and car fuel subsidies and discounts from some suppliers took effect at the start of September.

Lower services prices also contributed to weaker inflation in September after the crunch tourist season subsided for many service businesses.

Despite the lower inflation and the government’s measures to keep a lid on it, French consumer morale remains fragile, falling more than expected in September as concerns about inflation deepened, according to INSEE’s monthly survey earlier this week.

Separately, INSEE said on Friday that consumer spending was unchanged in August after falling in July.