HomeNewsFrance’s Kylian Mbappe is not the fastest on the field at the... 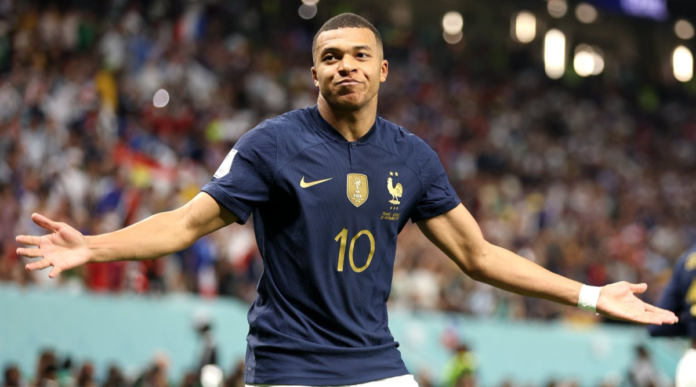 But the Moroccan backline will still be wary because he has touched speeds of 35.19 kilometres

Kylian Mbappe’s speed is one of his strengths and the Moroccan defence will have to be fleet-footed if they are to keep the French striker at bay. However, according to speeds recorded, Mbappe is only the eight fastest player at the 2022 World Cup. According to Marca, the 23-year-old French star’s fastest run was 35.19 kilometers and though this is good enough for him to be part of a sprint relay squad – Usain Bolt went at nearly 44 km – he is not the fastest in Qatar.

That title goes to Ghana’s Kamaldeen Sulemana who sprinted at 35.69 kilometers, as per The Athletic. Spain’s Nico Williams is second on the list with 35.59 km while Germany’s David Raum comes third (35.40km).

Interestingly Morocco’s Achraf Hakimi, the creative midfielder and a good friend of Mbappe is placed two positions above Mbappe at No.6. Hakimi, according to Marca, has sprinted at a speed of 35.29 kilometres.

The Moroccan defence, solid and impregnable so far in the tournament – the only goal they conceded was an own goal in the game against Canada – will have to keep Mbappe in check in the second semifinal. England managed to do so thanks to the doggedness of their full back Kyle Walker. Morocco will have to be wary of Olivier Giroud who is France’s all-time goal-scorer as well as play-maker Antoine Griezmann.

However, Mbappe finding space with the ball at his feet gives defenders a real scare. He may not be the fastest at the World Cup, but his five goals at Qatar 2022 has proven that speed is just one of his gifts.

Share
Facebook
Twitter
Pinterest
WhatsApp
Previous article
Newsmaker | Political debut 3 yrs ago, the steady, if not slow, rise of Udhayanidhi Stalin
Next article
Why did Virat Kohli get out lbw to Taijul Islam? What cues did Dinesh Karthik pick in the past?