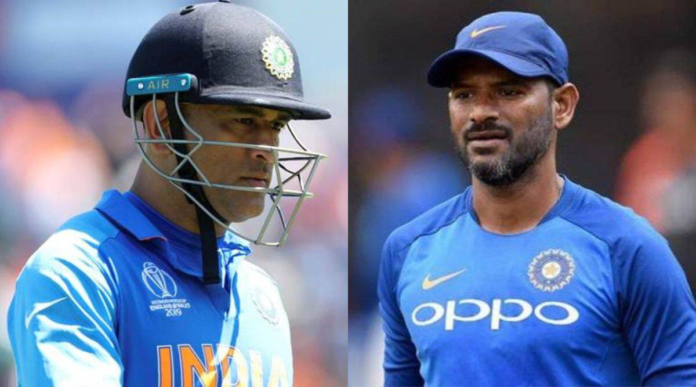 R Sridhar revealed a conversation between Dhoni and Rishabh Pant that took place during the reserve day of India’s World Cup semi-final against New Zealand.

Former India fielding coach R Sridhar revealed that MS Dhoni had already made up his mind about his international retirement during the World Cup 2019. Sridhar revealed a conversation between Dhoni and Rishabh Pant that took place during the reserve day of India’s World Cup semi-final against New Zealand.

Sridhar, who served as team India’s fielding coach from 2014 to 2021, wrote in his book, ‘Coaching Beyond- My days with the Indian cricket team, “I can now reveal that at the time of the interview with the BCCI, which I attended from Antigua, I was reasonably certain that for all practical purposes, MS had played his last match for the country. He hadn’t announced it, of course, but I will tell you why I knew. On the morning of the reserve day in our World Cup semifinal against New Zealand in Manchester, I was the first person at the breakfast hall. I was nursing my coffee when MS and Rishabh walked in, picked up their stuff and joined me at my table.”

MS Dhoni announced his retirement from international cricket on August 15, 2020, after playing 90 Tests, 350 one-day internationals, and 98 Twenty20s for India.

Sridhar, a left-arm spinner who played for Hyderabad in the late 1990s, also wrote, “New Zealand had only a couple of overs to bat out and we’d start our innings thereafter, so the match would end reasonably early. Rishabh told MS in Hindi, ‘Bhaiyya, some of the guys are planning to leave for London today itself privately. Would you be interested?’ MS replied, ‘No, Rishabh, I don’t want to miss my last bus drive with the team.”

Incidentally, in his last match in national colours, Dhoni was once again tragically run out during India’s World Cup sem-final game against eventual runners-up New Zealand in 2019. In the tense encounter at Manchester, India was in a spot of bother at 92/6 chasing 240 but Ravindra Jadeja and Dhoni restored the balance with a 117-run partnership for the eighth wickets. Towards the end, as the game went down to the wire, all hopes were on Dhoni’s shoulders. But fate had a cruel twist in store. After tucking a ball towards the leg-side, Dhoni set off for a quick double to retain the strike, but Martin Guptill’s moment of magic found the former Indian skipper short of his ground to dash any hopes of an Indian win.