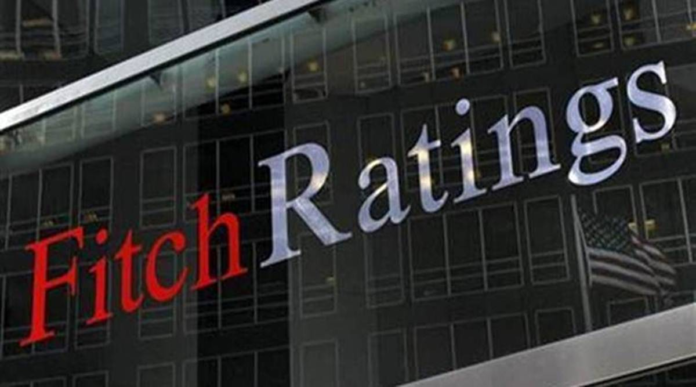 However, these are offset by India’s weak public finances, illustrated by high deficits and debt relative to peers, as well as lagging structural indicators, including World Bank governance indicators and GDP per capita, it said.

However, these are offset by India’s weak public finances, illustrated by high deficits and debt relative to peers, as well as lagging structural indicators, including World Bank governance indicators and GDP per capita, it said.

‘BBB’ ratings, classified as investment grade, indicate that expectations of default risk are currently low and the capacity for payment of financial commitments is considered adequate, but adverse business or economic conditions are more likely to impair this capacity.

India’s still-resilient external finances have supported India in navigating the large external shocks during the past year, it said.

According to Fitch, sustained consumption and investment recoveries underpin our GDP growth forecast of 7.0 per cent in the fiscal year ending March 2023 (FY23). India is somewhat insulated from the gloomy global outlook in 2023, given its modest reliance on external demand. “Nevertheless, we expect declining exports, heightened uncertainty, and higher interest rates to slow growth to 6.2 per cent in FY24 (‘BBB’ median: 2.0 per cent). We also expect consumption growth to moderate as pent-up demand fades,” Fitch said.

India’s robust medium-term growth outlook is a key supporting factor for the rating, Fitch said. A clear improvement in corporate and bank balance sheets, which were under strain prior to the pandemic, is likely to facilitate a steady acceleration in investment in the coming years.

Financial sector risks continue to ease on the back of the strong and durable economic recovery. “We expect asset quality pressures to remain well-contained, even as regulatory forbearance unwinds, supporting the sector’s performance. Credit growth has picked up rapidly, and we expect these trends to be sustained on the back of resilient credit demand and increased risk appetite, provided capitalisation is well-managed,” Fitch said.

The normalisation of domestic liquidity conditions is partly mitigated by high deposit funding, it said.

The general government deficit has receded from its pandemic high of 13.5 per cent of GDP (excluding disinvestment), but is forecast to remain large compared to peers. “We expect the deficit to fall slightly to 9.6 per cent of GDP in FY23 (‘BBB’ median: 4.1 per cent) from 9.8 per cent in FY22. For the central government, we expect modest fiscal slippage in FY23 with a deficit of 6.6 per cent of GDP (including disinvestment) relative the 6.4 per cent budget target, due to higher food and fertiliser subsidies, but revenue growth and expenditure switching will contain the measures’ fiscal toll, while allowing capital spending to remain a priority,” it said.

“Our FY23 general government deficit forecast is lower than the 10.5 per cent of GDP we expected during our June 2022 review, largely because state deficits have declined much faster than we anticipated,” it said. Strong revenue and constrained spending brought the provisional aggregate state deficit to just below the pre-pandemic norm of 3 per cent of GDP in FY22 from 4.1 per cent in FY21. “We expect it to remain around these levels in FY23,” Fitch said.