HomeNewsFire Boltt Gladiator is an affordable smartwatch that looks a lot like... 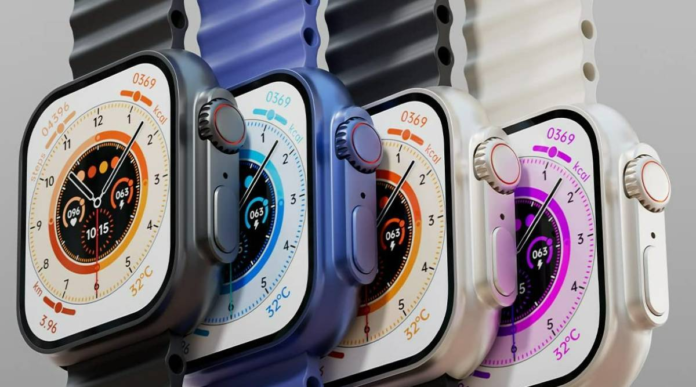 The Gladiator smartwatch from Fire Boltt will have a pretty large 1.96-inch display, which is bigger than the display on the actual Watch Ultra from Apple.

The company recently launched the Fire Boltt Celsius smartwatch with a 1.91-inch display for Rs 1,799 and it is already available for purchase on Flipkart.

According to Amazon’s listing, the Gladiator smartwatch from Fire Boltt will have a pretty large 1.96-inch display, which is bigger than the display on the actual Watch Ultra from Apple. However, the display on Fire Boltt’s offering won’t be very practical and will have a lower resolution with minimal protection against accidental drops.

Looking closely at the marketing pictures of the Fire Boltt Gladiator, it looks like the company has lifted the screenshots from Apple’s website and has photoshopped them to the Gladiator, especially the one with the Chronograph Pro face.

Fire Boltt Gladiator’s display will get fairly bright with up to 600nits of peak brightness and it will also support features like Bluetooth calling, voice assistant, heart rate measurement, SpO2 tracking, and sleep monitoring.

Just like the Watch Ultra, the Gladiator will have a working crown with an international orange accent. The smartwatch is said to support up to 123 sports modes, and a single charge is said to last for seven days, which is something that even Apple doesn’t claim on their Watch Ultra.

The watch is IP67-rated for water and dust resistance and it is also said to be crack resistant. It has five GPS-assisted modes like cycling trailing, walking, and running. Interestingly, it also has in-built games like 2048 and Battleship.

Unlike Apple Watch Ultra, which only works with an iPhone, the Fire Boltt Gladiator will work with both Android and iOS devices. The watch will be available in Black, Blue, Black Gold, and Gold colours.