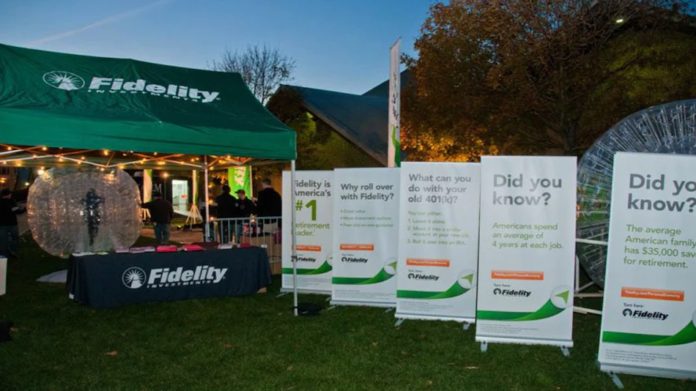 Fidelity Investments has filed for a total of three trademark applications.

The NFT and metaverse sectors did not particularly see an exceptionally profitable run this year. Despite the ongoing market downturn, Fidelity has planned to expand its presence in the Web3 sectors of NFTs and the metaverse. The US-based investment giant is looking to offer financial and investment services to people around the world, in the metaverse. The company has filed for three trademark applications, that indicate its interest in launching a crypto trading and management services in a fully functional virtual universe ecosystem.

The screenshot of Fidelity’s filings shared by Kondoudis indicated that the company is exploring avenues to launch a service for ‘virtual real estate’ investing, that would help people purchase plots in the metaverse.

In April this year, Fidelity Investments announced that its 401(k) plan — a retirement savings plan offered by a host of US-based companies with added tax benefits — that would allow participants to invest up to 20 percent in Bitcoin, via its retirement plan.

Later in June, Fidelity Investments digital assets arm had promised to double down on hiring to serve clients who want to invest in crypto assets.

Now the company is planning to dive deeper into the Web3 sphere while also looking to bring about a digital wallet to help people store their assets.

As of September this month, over 3,600 trademark applications were filed around the sectors of cryptocurrency, Web3, metaverse, and NFTs in the US.

The month of March this year, recorded maximum NFT-related applications having been filed at 1,078.