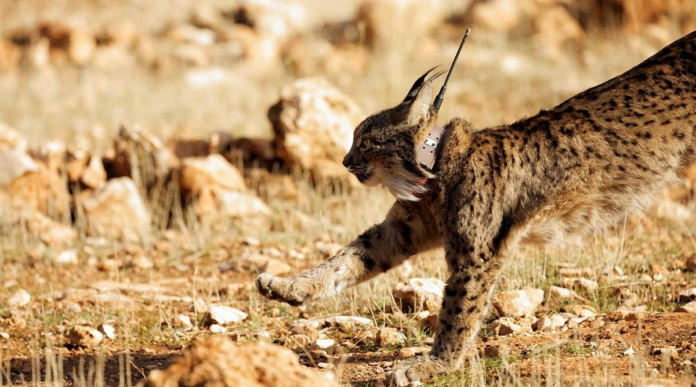 When an animal species is lost, a whole set of characteristics disappears along with it – genes, behaviors, activities and interactions with other plants and animals that may have taken thousands or millions – even billions – of years to evolve.

Nature is in crisis, and it’s only getting worse. As species vanish at a rate not seen in 10 million years, more than 1 million species are currently on the brink.
Humans are driving this extinction crisis through activities that take over animal habitats, pollute nature and fuel global warming, scientists say. A new global deal to protect nature agreed on Dec. 19 has the potential to help, and scientists are urging the world’s nations to ensure the deal is a success.

When an animal species is lost, a whole set of characteristics disappears along with it – genes, behaviors, activities and interactions with other plants and animals that may have taken thousands or millions – even billions – of years to evolve.

Whatever role that species played within an ecosystem is lost too, whether that’s pollinating certain plants, churning nutrients in soil, fertilizing forests or keeping other animal populations in check, among other things. If that function was crucial to the health of an ecosystem, the animals’ disappearance can cause a landscape to transform.

Lose too many species and the results could be catastrophic, leading an entire system to collapse.

In the last five centuries, hundreds of unique animals have vanished across the world, such as the flightless Dodo bird killed off from the island of Mauritius in the late 1600s.

In many cases, humans were to blame – first by fishing or hunting, as was the case with South Africa’s zebra subspecies Quagga hunted to its end in the late 19th century – and more recently through activities that pollute, disrupt or take over wild habitats.

Before a species goes extinct, it may already be considered “functionally extinct” – with not enough individuals left to ensure the species survives. More recent extinctions have allowed humans to interact with some species’ last known individuals, known as “endlings”. When they go, that’s the end of those evolutionary lines – as occurred in these iconic cases:

* “Toughie” was the last known individual of the Rabb’s Fringe-Limbed tree frog. All but a few dozen of his species had been wiped out by chytrid fungus in the wild in Panama. In his enclosure at the Atlanta Botanical Garden, he was calling out in vain for a mate that didn’t exist. He died in 2016.

* The story of passenger pigeon “Martha” is a cautionary tale for conservation: in the 1850s there were still millions of passenger pigeons, but they were eventually hunted to extinction as conservation measures were taken only after the species was past the point of no return. Martha, the last, died in 1914 at the Cincinnati Zoo.

* “Lonesome George”, found in 1971, was Ecuador’s last ​​Pinta Island tortoise. From the 17th century, some 200,000 individuals were hunted for their meat. Later, they struggled to compete for food after goats were brought to the island in the 1950s. Scientists tried to save the species through captive breeding before George died in 2012.

* “Ben” or “Benjamin” was the world’s last known thylacine, a marsupial carnivore also known as the Tasmanian tiger. The animal was given protective status only two months before Benjamin died in 1936 in the Beaumaris Zoo in Tasmania.

There are some species that could soon be reduced to their own endlings. The world’s smallest porpoise – Mexico’s critically endangered vaquita – is down to just 18 individuals in the wild, as populations have been ravaged by fishing nets.

The Northern white rhino subspecies, the second-largest land mammal after elephants, has no hope of recovery after the last male died in 2018. Only a female and her daughter are left.

These stories of endlings matter, scientists say, precisely because so many extinctions happen out of sight.

“Somewhere in the core of our humanity, we recognize these creatures, we’re touched by their story, and we feel compassion – and maybe also a moral compulsion – to help,” said Paula Ehrlich, president and CEO of the E.O. Wilson Biodiversity Foundation.

The Northern white rhino isn’t just a part of the world, she said. It’s a world unto itself – its own ecosystem – mowing fields through grazing, fertilizing lands where it walks, having insects land on its skin, and then with birds feeding off those insects.

“Understanding everything that an animal is and does for the world helps us understand that we, too, are a part of nature – and we need nature to survive,” Ehrlich said.

Unlike with the endlings, most species simply fade away in the wild without people noticing.

Scientists count 881 animal species as having gone extinct since around 1500, dating to the first records held by the International Union for Conservation of Nature (IUCN) – the global scientific authority on the status of nature and wildlife. That’s an extremely conservative estimate for species extinction over the last five centuries, though, as it represents only the cases resolved with a high degree of certainty.

If we include animal species that scientists suspect might be extinct, that number shoots up to 1,473. The bar is high for declaring a species extinct – a sobering task that scientists are already reluctant to do.

“It’s hard to prove the negative, to prove you can’t find it,” said Sean O’Brien, an ecologist who heads the NatureServe nonprofit working to establish definitive data on North American species. “And it’s emotional. A botanist doesn’t want to declare it extinct because it feels like a failure.”

Among terrestrial vertebrates, or land animals with a backbone, 322 species have been declared extinct since 1500. Add in the number of possibly extinct species and the tally comes to 573.

For moisture-loving amphibians, vulnerable to both pollution and drought, things are looking particularly bleak with the extinction rate escalating over the last few decades. Only 37 species have been declared extinct with a high degree of certainty since 1500. But scientists suspect more than 100 others have disappeared over the last 30-40 years, according to a 2015 study in the journal Science Advances.

Last recorded sightings increase over time, especially from the mid-19th century start of the Industrial Revolution. That shows animals have been at increasing peril, but also that our knowledge of nature has improved as we study and survey more species.

There are many notable species among those that have vanished since 1500. The dodo was last seen in 1662, within 65 years of it first being recorded. The Pinta Island tortoise was last seen in the wild in 1972.

Some vanishings have inspired public outcry, such as the 2016 extinction declaration for the tiny Christmas Island pipistrelle bat species, last seen in 2009. It was Australia’s first recorded mammal extinction in 50 years.

Losing hundreds of species over 500 or so years may not seem significant when there are millions more still living on the planet. But the speed at which species are now vanishing is unprecedented in the last 10 million years.

“We are losing species now faster than they can evolve,” O’Brien said.

Plenty of animals have gone extinct naturally or due to causes unrelated to human activity. In a healthy environment, as species die off naturally, new species evolve – and an evolutionary balance is maintained.

This turnover relies on what scientists consider a normal or background extinction rate.

But when the extinction rate jumps so high that more than 75% of the world’s species go extinct within the relatively short time frame of less than 2 million years, this is considered a mass extinction event.

That’s happened five times over the last half-billion years, which we know through studying Earth’s fossil record – with layers upon layers of sediment having buried the remains of animals over time. When a layer with a large and diverse number of animals is found, scientists can see that a mass die-off occurred.

Scientists warn we have entered a sixth mass extinction.

Under a normal extinction rate scenario, it would have taken at least 800 years and up to 10,000 years for the high number of vertebrate extinctions that we’ve seen in the last century, according to the 2015 paper in Science Advances.

“Despite our best efforts, the extinction rate is still estimated to be 1,000 times higher than before humans entered the stage,” Ehrlich said. “At this rate, half will be gone by the end of the century.”

UNKNOWN AND STILL UNDER THREAT

As bad as it seems, scientists say the reality is likely even worse. Looking only at species extinctions doesn’t give the full picture, partly because scientists are so conservative in saying a species is gone. For example, even though Toughie was the last known individual of his kind, the IUCN lists his species still as “critically endangered, possibly extinct.”

More importantly, there is a vast reservoir of species that we have yet to discover. Scientists have identified some 1.2 million species in the world, but estimate there are about 8.7 million. That leaves roughly 7.5 million species that we think are out there but know nothing about – including whether or not they’re in trouble.

“Knowing what we do about the impact of climate change and habitat loss, it’s hard to imagine that thousands if not millions of species are not in the process of going extinct right now,” O’Brien said.

The IUCN uses a range of categories to describe the state of a species, as a way of identifying which are in trouble and when to help. But a species being listed as “least concern” or “near threatened” doesn’t mean its populations are stable.

African lions, for example, have been listed for decades as “vulnerable,” but their numbers dropped 43% in 1993-2014, when the last population data was available. Dugongs, the chubby marine mammals also known as a sea cows, are listed globally as “vulnerable” even as their plummeting populations in East Africa and New Caledonia were updated to “endangered” in December.

The decline of one or more populations of a species can mark the start of a trend toward extinction.

As sobering as the situation may seem at a global scale, there are reasons for hope. The newly adopted Kunming-Montreal Global Biodiversity Framework in December will guide global conservation efforts through the decade to 2030. Among other things, the deal envisions putting 30% of the planet’s land and sea areas under protection by decade’s end.

“It’s so overwhelming to think there are these species right on the edge,” O’Brien said. “But then the conservationists I work with remind me of how much people care.”

Between 1993 and 2020, conservation measures such as habitat restoration or captive breeding helped to prevent the extinction of up to 32 bird species and as many as 16 mammals worldwide, according to conservative estimates in a 2020 study published in the journal Conservation Letters.

“Science is democratizing the information for every country to know what it needs to do where,” said Ehrlich of the Wilson Foundation, which works to identify the best places in the world for protecting biodiversity and prioritizing nature. Before he died last year, Edward O. Wilson advocated putting half the planet under conservation and estimated that would save 85% of the world’s species.

“We humbly need to do the best that we can to protect them now,” Ehrlich said. “We understand more about the intricate web of life that sustains nature – and us, as a part of nature.”