HomeNewsEx-Celsius CEO is sued by NY for duping crypto investors

Ex-Celsius CEO is sued by NY for duping crypto investors 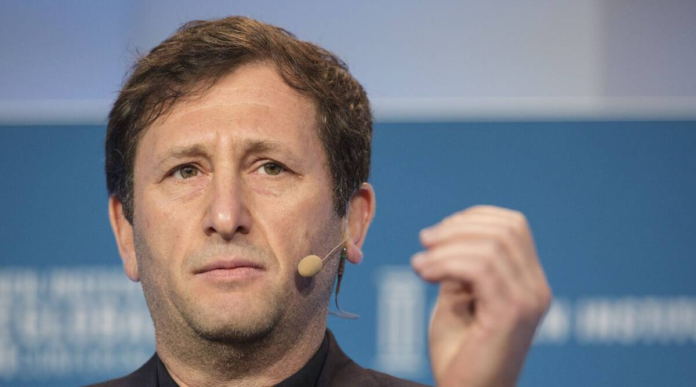 New York’s lawsuit aims to permanently bar Mashinsky from doing any business relating to the issuance, offer or sale of securities or commodities in the state.

Mashinsky, who co-founded Celsius, duped hundreds of thousands of investors out of billions of dollars of cryptocurrency by repeatedly making false and misleading statements about the lender’s safety, according to a suit filed Thursday in Manhattan. The alleged scheme ran from 2018 to June 2022, when Celsius froze withdrawals.

“Alex Mashinsky promised to lead investors to financial freedom but led them down a path of financial ruin,” New York Attorney General Letitia James said in a statement. “The law is clear that making false and unsubstantiated promises and misleading investors is illegal.”

New York’s lawsuit aims to permanently bar Mashinsky from doing any business relating to the issuance, offer or sale of securities or commodities in the state. It also seeks to stop him from serving as director or officer of any company doing business in New York. If James prevails in the case, she will seek the return of any proceeds from Mashinsky’s allegedly unlawful conduct, plus damages and restitution for customers.

It’s the latest blow to the industry’s image after the arrest last month of former cryptocurrency mogul Sam Bankman-Fried on fraud charges and the collapse of his FTX empire. James, who has raised the alarm about crypto risks since early 2021, has engaged in several enforcement actions in the industry, including suits last year against Nexo Inc. and a nearly $1 million settlement with crypto platform BlockFi Lending LLC.

Celsius filed for bankruptcy in July amid a $2 trillion market crash that wiped out some of the industry’s biggest names and exposed hundreds of thousands of investors to steep losses. The lender, which had made risky bets before the collapse, at the time disclosed a $1.19 billion deficit. Celsius said previously that Alameda Research, the trading firm co-founded by Bankman-Fried that’s now at the center of his criminal case, owes the lender $12 million.

James said one New York resident mortgaged two properties to invest with Celsius, while another — a disabled veteran — lost his $36,000 savings that he built up over nearly a decade.

“Another disabled citizen, who depended upon government assistance to supplement his $8 per hour income, lost his entire investment,” James said in her statement.

Mashinsky and other top executives had withdrawn millions of dollars in cryptocurrency in the weeks before Celsius’s collapse, according to documents in the company’s bankruptcy case.

James alleges Mashinsky repeatedly told the public that Celsius made “safe, low-risk investments” and only loaned assets to “credible and reputable entities,” while in reality exposing them to high-risk counterparties and strategies. He then misrepresented and concealed Celsius’s deteriorating financial condition as it lost hundreds of millions of dollars on risky investments, according to the attorney general.

Mashinsky ultimately defrauded more than 26,000 New Yorkers who invested about $440 million by the end of 2021, according to James.

Mashinsky touted himself as a “modern day Robin Hood” by promising investors returns as high as 17% — a boast that helped Celsius amass $20 billion in digital assets from investors all over the world, according to the complaint. But the lender struggled to maintain the promised yields and turned to higher-risk investments, the attorney general said.

Celsius used to let users earn yields on their digital coins by lending them out, with Celsius sometimes investing the tokens into other yield-bearing apps or lending them out to institutional investors.

Mashinsky once hosted regular ask-me-anything sessions on YouTube and Twitter, in which he downplayed the risk of investing in Celsius. In a June 10 session, days before the freeze in withdrawals, he talked about rewards users were earning on Celsius.

“All these naysayers and haters haven’t built anything!” he said.