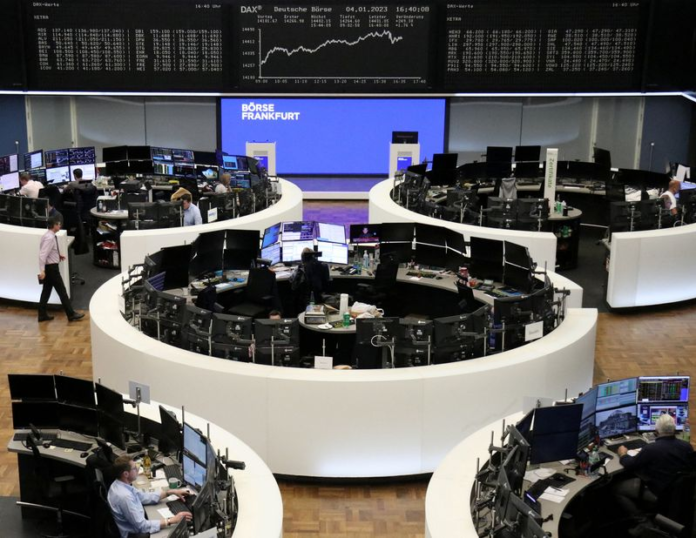 (Reuters) – European shares inched higher on Friday and were set for their best week in eight on a drop in natural gas futures and upbeat economic data, while investors awaited euro zone inflation figures.

Data showed retail sales in Germany, Europe’s largest economy, rose in November, adding to a slew of positive numbers this week indicating a milder-than-expected recession and easing of price pressures in some countries.

All eyes are on December’s euro zone inflation data due at 1000 GMT, with economists expecting prices to have declined year-on-year for a second consecutive month.

Shell (LON:RDSa) rose 0.4% after the oil major said earnings from its natural gas trading operations were likely to have risen significantly in the fourth quarter of last year, despite a sharp output drop due to plant outages.

The energy sector gained 0.6% as crude prices firmed on hopes of higher demand from China and as data showed lower U.S. fuel inventories following a winter storm at the end of last year.