HomeEntertainmentDirector Atlee – We will be blessed with two releases this year

Director Atlee – We will be blessed with two releases this year 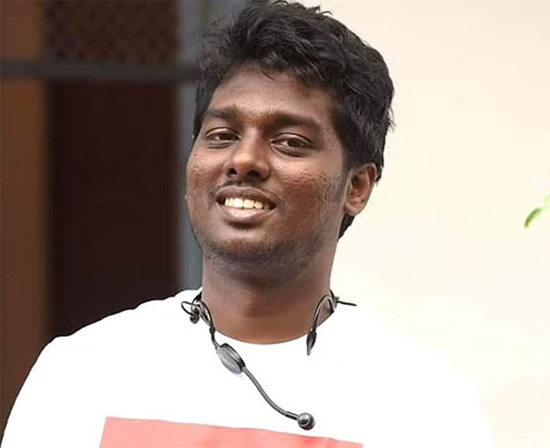 Director Atlee has reached great heights in his career within a short span of time. Though he directed only a handful of films, Atlee has become a top director in Kollywood. He proved that he is one the best when it comes to making a commercial entertainer. Atlee gave three super hits to Thalapathy Vijay in the form of Theri, Mersal, and Bigil.

The director shared a lovely tweet today that is getting the attention of netizens. Atlee wrote that he and his wife would be blessed with two releases this year. A few days back, Atlee announced that he would soon become a father. According to Atlee’s tweet, he is expecting a baby by February.

The other release that was being referred to was Shahrukh Khan’s Jawan. There are some mighty expectations around this project, and King Khan fans feel that Atlee can showcase their hero in a mass avatar. Jawan is up for a grand release on June 2. The film also has prominent names from the south, like Nayanathara and Vijay Sethupathi.