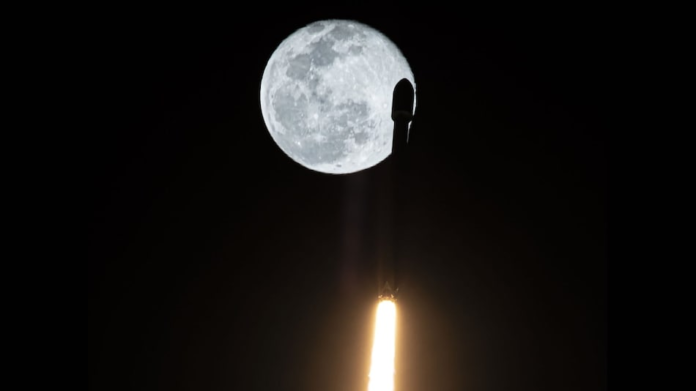 Cryptosat, a team of Stanford University’s alumni and PhDs, have launched its second satellite in the Earth’s orbit. A Falcon 9 rocket from Elon Musk’s SpaceX was used to complete the release of the ‘Crypto2′ satellite. What makes this launch a significant development is because these satellites are aimed at powering cryptographic, blockchain and ledger applications. These satellites will provide blockchain nodes in space for scientists to communicate with. Cryptosat’s first satellite was launched in May last year.

SpaceX launched the Crypto2 satellite from the Cape Canaveral Space Force Station located in Florida on January 3 as part of its Transporter 6 mission.

“The launch of Crypto2 gives us more availability and more powerful spec to support the growing portfolio of use cases in our development pipeline,” Yonatan Winetraub, the co-founder of Cryptosat wrote in an official post.

Pictures and video footages of the satellite launch has surfaced on Twitter.

Back in 2022, Cryptosat had completed a trial for its Crypto1 satellite on the International Space Station, a CryptoPotato report said.

Cryptosat is not the only firm, that have betted on space tech in order to provide bullet-proof cryptography and blockchain solutions.

SpaceChain for instance, in 2019, sent its technology to be hosted at the International Space Station to authorise and transmit blockchain transactions. Founded in 2017, SpaceChain defines itself as a decentralised space agency that aims to build an pen source blockchain-based satellite network.

As for SpaceX, its association with the Cryptosat does not come as a complete surprise.

Musk, its CEO and an avid supporter of the crypto sector, has often said he will put a Dogecoin on the Earth’s moon.

Along with Crypto2, the Falcon 9 rocket launched with 114 satellites for various operators from around the world.