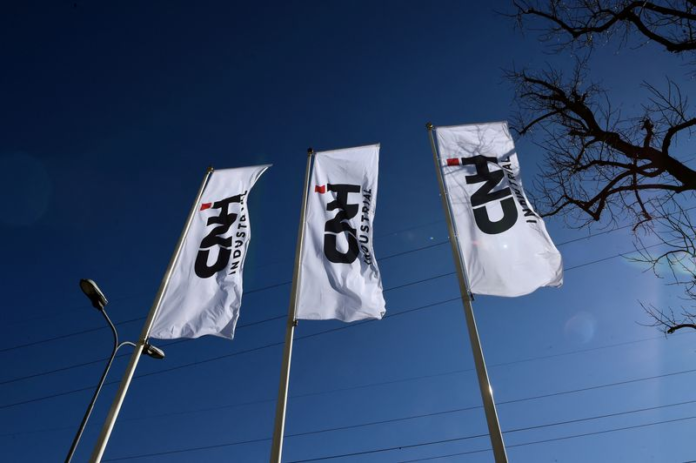 RACINE, Wis. (Reuters) -Members of two local unions that have been on strike since May at CNH Industrial (NYSE:CNHI) factories in Wisconsin and Iowa on Saturday voted down a tentative labor contract, the United Auto Workers union said.

The union did not disclose how many workers at the two plants rejected the multi-year deal, which union members said failed to provide enough of a raise, additional vacation days or better healthcare coverage.

The UAW represents about 1,000 workers at the plants, and union officials had warned a rejection of the latest offer was likely.

“We going to notify the company and see if they are willing to come back to the table,” said Yasin Madhi, the UAW local president in Racine, Wisconsin, where the company employs about 700 people. “I hope the next time they come with a real, bona fide offer.”

CNH officials could not be reached for comment. The UAW says the company has called this offer its “last, best and final” one.

Workers in May had rejected an offer by the maker of agriculture and construction equipment that included an 18.5% wage increase over three years.

The Italian-American company brought in replacement workers to keep the factories operating once the strike began, union officials said. The plant in Racine, 60 miles (100 km) north of Chicago, makes tractors and combines, while the Burlington, Iowa, facility builds tractor loaders, backhoes and forklifts.

The strike has stretched well beyond the two-month average in the United States, said Robert Bruno, a labor professor at the University of Illinois Urbana-Champaign. With a tightening labor market, union workers in the industrial sector for companies such as Boeing (NYSE:BA) and Deere (NYSE:DE) & Co have gone on strike in recent years.

In 2021, more than 10,000 Deere workers in three Midwest states rejected two contract offers before a deal was reached to end a five-week strike.

For CNH workers, who last struck the company in 2004, some have taken second jobs to augment strike pay they receive from the UAW. They note the company has been reporting strong profits, including $670 million on an adjusted basis in the most recent quarter.

At an elementary school in Wisconsin where the ballots were cast, workers voiced frustration and determination.

“This is a multibillion dollar company, they can afford to give us everything we’re asking for. We’re not asking for too much,” said 61-year-old Alric Davis.

Kelly Peters, a sub-assembly worker at the Racine plant, was not ready to vote yes.

“They’re just giving increments, like dangling a bone to see if we’re going to bite. I’m not biting,” she said.