HomeNewsCES 2023: The most exciting car tech we saw at the world’s...

CES 2023: The most exciting car tech we saw at the world’s biggest tech show 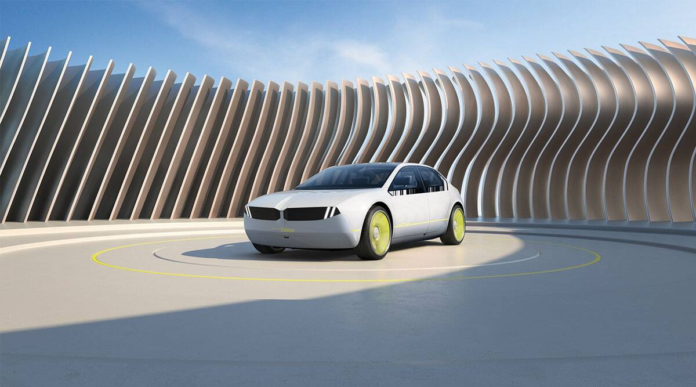 Here are some of the most exciting cars, concepts and automotive technology that was displayed at CES 2023.

This year’s Consumer Electronics Show (CES) in Las Vegas served as a showcase for some of the biggest advances and emerging technologies in the consumer electronics space. But with each edition of the show, it is also becoming more and more of a car show, with technology companies and car manufacturers wheeling out some of their latest concepts and technologies.

Here, we have put together a list of some of the best cars, concepts and automotive technologies that were announced at CES 2023.

During CES, BMW revealed the i Vision Dee, which is a mid-sized sedan concept that features an advanced colour-changing E Ink technology that was previously used in BMW’s iX Flow concept, unveiled at CES 2022.

According to Financial Express, the BMW i Vision Dee’s body is divided into 240 E Ink segments that can each be controlled individually to change into different colours. This means that the car can generate an almost infinite combination of colours and patterns to alter its looks The i Vision Dee also gets a mixed reality slider and an advanced heads-up display that uses “shy-tech” sensors where drivers can decide how much digital content they want to see on the display.

Three years after displaying a car concept, Sony debuted a new electric vehicle prototype called Afeela at CES. The electric car has been developed in collaboration with Honda and will feature Qualcomm technology when it debuts, which could be as early as 2026.

Sony CEO Kenichiro Yoshida referred to the car as a “moving entertainment space” when he unveiled the car on stage at CES. The prototype is equipped with 45 cameras and sensors inside and outside the vehicle aimed at ensuring passenger safety and security.

Qualcomm, the company that is mainly known for producing smartphone processors, announced at CES that it is partnering with CRM software company Salesforce to develop a new intelligent connected vehicle platform for the automotive industry. The platform is built with the Snapdragon Digital Chassis and Salesforces Automotive Cloud and is intended to give automakers, fleet providers and other suppliers the technology to deliver personalised customer experiences that can be updated through a vehicle’s lifecycle.

Internal combustion engine vehicles use the wasted heat generated by the engine to warm vehicle cabins through the heater. But since electric vehicles do not have such engines that generate massive amounts of heat, they could expend a large amount of energy to keep the cabin warm during winter.

This is why it is recommended that electric vehicle passengers turn on heated seats instead of the heater to keep themselves warm. Now, automotive parts company ZF has also brought in heated seatbelts into the mix. The new seatbelt unveiled at CES is designed to provide passengers with uniform warmth close to their bodies and could potentially help extend the range of EVs by reducing the power consumption required for heating cabins.

Samsung-owned Harman unveiled its Harman Ready Vision augmented reality heads-up display during CES 2023. The heads-up display uses the vehicle’s sensors to deliver immerse visual alerts that will provide the driver with information and knowledge about their surroundings and driving conditions. For example, the heads-up display could provide more detailed navigation prompts overlaid on the windshield.

Along with the heads-up display, Harman will integrate directional and spatial audio into its platform to help drivers with their perception and give them the ability to respond to dangerous situations faster while keeping their eyes on the road.

While a lot of the attention was directed to the technology inside the vehicles, tire manufacturer Goodyear unveiled a tire that it said is 70 per cent sustainable materials. The tire makes use of soybean oil, recycled polyester bio-renewable pine tree resins and other sustainable materials.

Apart from being built with recycled and reusable materials, Goodyear says the tire also has lower rolling resistance when compared to reference tires made with traditional materials. This means that the demonstration tire could offer fuel savings and therefore, a lower carbon footprint.