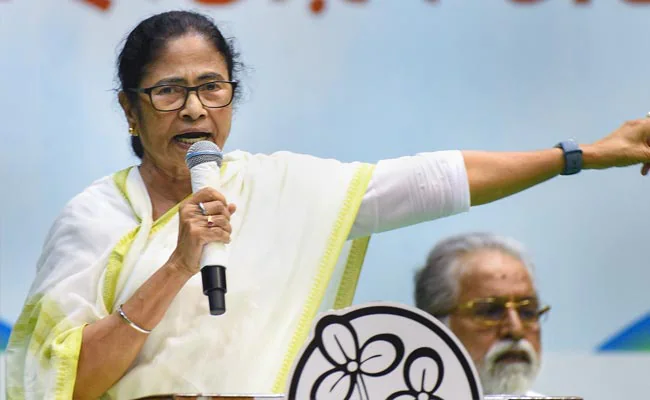 The ruling Trinamool Congress (TMC) termed the visits by the central teams to Malda and East Midnapore districts as a “political vendetta” by the BJP-led Centre.

A Central team’s Bengal visit to look into allegations of irregularities in the allotment of houses under Pradhan Matri Awas Yojna (PMAY) on Thursday sparked off a political slugfest with Chief Minister Mamata Banerjee accusing Delhi of sending officers to check on “trivial matters” while denying the state funds.

The ruling Trinamool Congress (TMC) termed the visits by the central teams to Malda and East Midnapore districts as a “political vendetta” by the BJP-led government at the Centre, while the state BJP alleged there had been a scam in the PM’s Awas Yojana (Rural housing scheme) and which is why “Centre has sent teams to the state”.

The state’s political cauldron has been on the boil for the last few days over allegations and counter allegations of irregularities in the Pradhan Mantri Awas Yojana (PMAY) after it was found applications by several people having multi-storied homes were approved in some districts.

Chief Minister Mamata Banerjee, reacting to the central teams’ visit, lashed out stating, “The Centre is sending teams to Bengal for trivial matters – even if there is an incident of cracker being burst, it sends teams.”

Raking up the issue of non-payment of funds for the 100 days work scheme to the state, she said at a function at Gangasagar, “The Centre is not releasing funds under MGNREGS. But it is sending central teams to assess the implementation of PMAY. We have already investigated and cancelled 17 lakh applications by those who own two to three-storied buildings.”

She also accused BJP leaders of “taking the money from PMAY despite having two-three storied buildings.” “We (Bengal) are not getting funds for the 100 days work scheme. The poor people are working but not getting paid and dues are pending. How many times should I have to ask the Centre for money?” the chief minister asked rhetorically.

The Union Rural Development ministry sent a communication to the state government on January 3 informing it about the visit. Deputy secretary Shakti Kanti Singh and director Shailesh Kumar of the central rural development department are leading the teams in Malda and East Midnapore respectively.

“In 2018, 56 lakh people were on the allotment list, and the State government set up a system to re-check this number to identify genuine beneficiaries. We have already filtered out close to 17 lakh ineligible people. This has left the pool at 39 lakhs. This makes it clear that the Government of West Bengal has taken proactive measures to create an error-free list,” she said.

“Two central teams are visiting the districts of Malda and East Midnapore district for field inspection. They can visit any place they want,” state Panchayat and rural development minister Pradip Majumdar told PTI.

“There has been a scam in PMAY, which is why the Centre has sent teams to the state. There has to be accountability for receiving central funds as it is public money. The TMC is involved in this scam and that is why it is so terrified of the visit,” he said.

Meanwhile, members of the central team who went to Bhagabanpur under Purba Medinipur district’s Kanthi subdivision faced a demonstration by a section of villagers who blocked their cars demanding the release of their wages under the 100-day job guarantee scheme.

“We have not got paid for work under the 100-day job guarantee scheme. We are facing financial difficulty,” Malati Baidya, an agitating local woman said.

The team went ahead with their scheduled visit after accompanying policemen managed to convince them to move away.

A district BJP leader accused TMC of engineering the protest in a bid to overshadow disquiet among people in the villages with regard to irregularities in PMAY.