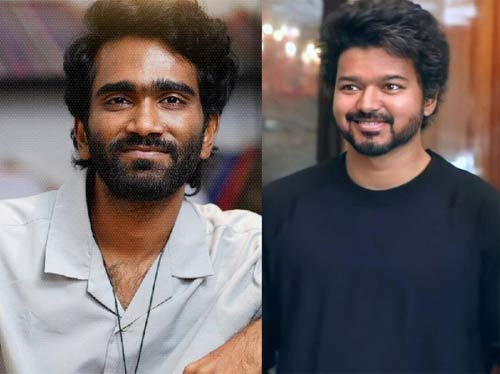 Thalapathy Vijay is a massive star in Tamilnadu, and his films mint some crazy bucks. Now all the eyes are on his next flick, Varisu, directed by Vamsi Paidipally. The film releases for Pongal 2023.

On the other hand, a small movie named Love Today shattered the box office and collected nearly 100 crores. Directed and acted by Pradeep Ranganathan, the film was a successful venture in Telugu too. The latest buzz among the Kollywood media circles is that Pradeep Ranganathan will soon direct Thalapathy Vijay.

The news is that it would be a science fiction film made on a huge budget and is said to be bankrolled by AGS Entertainments. If it turns out to be true, it will undoubtedly be a huge chance for the young director. Let’s see if that happens.