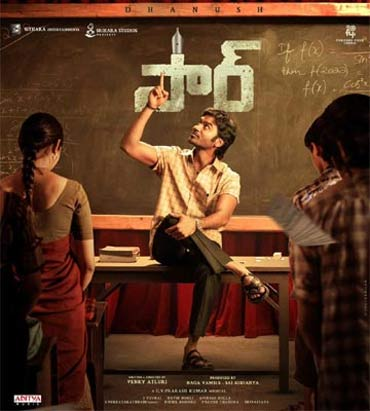 Versatile actor Dhanush’s next outing will be Vaathi/Sir, which is scheduled for a massive release on February 17, 2023. Venky Atluri is helming this Tamil-Telugu bilingual. The teaser and the songs released so far have amped up the hype.

The latest buzz is that the film’s audio launch will happen on February 4. Still, there is no intimation about this from the production team, but this news has gone viral on social media. Dhanush himself dubbed for the Telugu teaser, and it needs to be seen if he would dub for his role in the film.

The trailer is expected to come out shortly. Samyukta Menon plays the love interest of Dhanush in this movie that deals with the corruption in the Indian education system. Vaathi/Sir is bankrolled together by Naga Vamsi and Sai Soujanya under the Sithara Entertainments and Fortune Four Cinemas banners. GV Prakash Kumar is the music director.