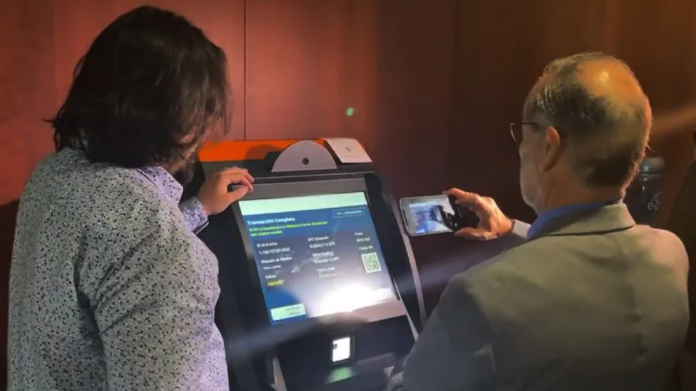 Less than a hundred Bitcoin ATM machines have cropped up to be a part of the international network, in the period of the last six months. As per a research report by BTC ATM tracker CoinATMRadar, only 94 machines were installed in different parts of the world between July 2022 and January 2023. It is noteworthy that this is the same period when the global crypto market nosedived from its trillion-dollar cap to hover around the mark of $800 billion (roughly Rs. 65,90,200 crore).

BTC ATMs allow users to purchase Bitcoin and other cryptocurrencies via debit and credit cards. Some machines also allow people to sell Bitcoins in exchange for fiat currencies.

Out of the 94 machines installed, the US, Australia, Canada, and Spain registered an interest in Bitcoin machines. El Salvador, the central American nation that legitimised Bitcoin as a legal tender in 2021, has notably lost its top spot in the BTC ATM rankings.

The first ever cryptocurrency, also the highest priced, BTC values fell sharply from its last all time high of $68,000 (INR equivalent) attained in November 2021 to its current value of $17,200 (roughly Rs. 14 lakh) per token.

The collapse of promising crypto projects like Terra and FTX crypto exchange left the investors high and dry between September and December last year, which may have resulted in the lack of demand for these kiosks.

In a report released in October, CoinATMRadar said that the number of crypto ATMs around the world has dropped from 38,776 machines to 37,980 around that time. In fact, the report had also claimed that nearly 800 ATMs were alarmingly pulled out of the global crypto network in September 2022.

On the contrary, the machine tracking firm recorded that 4,169 BTC ATM machines were established between January and June 2022 around the world.

BitAccess, the Canadian BTC ATM vendor, witnessed a deeper drop in its business as compared to the other machine vendors, Cointelegraph reported citing CoinATMRadar.