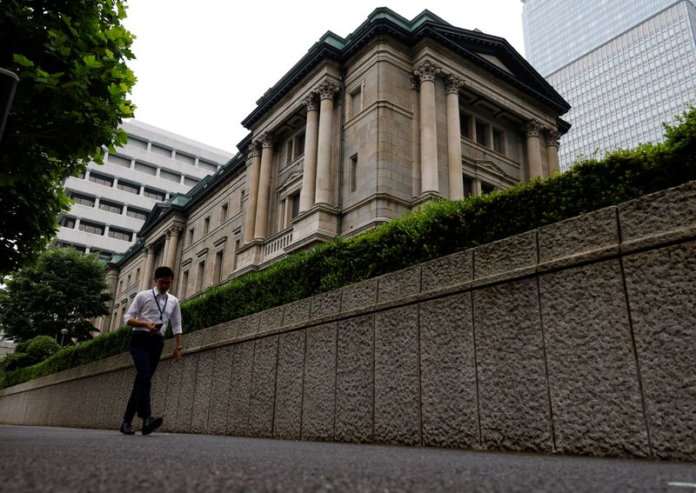 TOKYO (Reuters) – The Bank of Japan is set to maintain ultra-low interest rates and its dovish policy guidance on Thursday, a decision that comes hours after its U.S. counterpart’s expected big rate hike and could trigger a fresh bout of yen selling.

The policy gap between the Bank of Japan (BOJ) and the U.S. Federal Reserve has pushed the yen to 24-year lows, driving up import costs and helping inflation stay above the BOJ’s 2% target for five straight months in August.

Markets are focusing on whether BOJ Governor Haruhiko Kuroda will offer stronger warnings on the yen’s sharp falls or tweak his view the recent cost-push inflation will be short-lived.

“Japan’s consumer inflation is perking up at a faster than expected pace, partly due to the weak yen. It’s becoming hard for the BOJ to keep saying price rises will remain temporary,” said Mari Iwashita, chief market economist at Daiwa Securities.

At a two-day policy meeting ending on Thursday, the BOJ is set to maintain its short-term rate target at -0.1% and that for 10-year government bond yields around 0%. Kuroda will hold a news conference after the meeting.

The BOJ’s decision will come hours after the Fed concludes its Sept. 20-21 meeting. Market players expect the U.S. central bank to raise rates by at least 75 basis points.

“Major central banks like the Fed and the Bank of England are about to continue shrinking their balance sheets. That puts the BOJ’s dovish stance further under the spot-light,” Iwashita said. “I don’t think the dollar’s uptrend is over.”

The country’s fragile recovery has forced the BOJ to remain an outlier among a global wave of central banks tightening monetary policy to combat surging inflation.

While Kuroda echoed the government’s warning against sharp yen moves, he has pledged to keep monetary policy ultra-loose to support the economy – comments critics say dilute the impact of government officials’ jawboning to tame yen falls.

At the policy meeting, the BOJ is expected to end as scheduled a pandemic-relief funding scheme this month and discuss adjustments to a policy guidance that flags the COVID-19 pandemic as the top economic risk.

But the BOJ is likely to leave unchanged key parts of the guidance that promises to ramp up stimulus as needed, and keep interest rates at “current or lower” levels, sources have told Reuters.