HomeNewsCryptocurrencyBitcoin at $200,000 projections flop as coin ends year down 60% 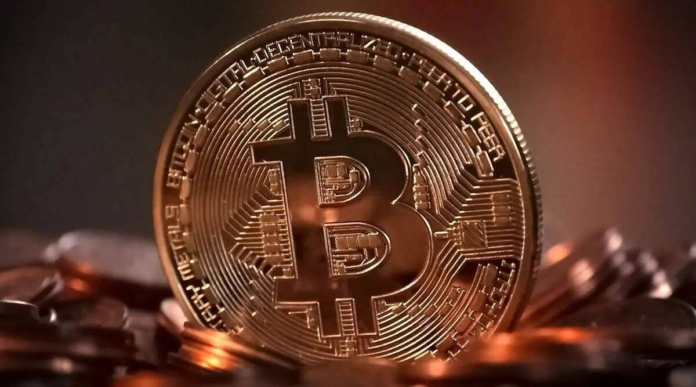 Bitcoin lost more than 60% in 2022, its second-worst annual performance on record, and only its third down year ever.

That’s a far reach from where the coin is actually ending this annus horribilis: $16,500.

Bitcoin, weighed down by an uber-hawkish Federal Reserve and a string of scandals and implosions of the crypto space’s once-vaunted projects, lost more than 60% in 2022, its second-worst annual performance on record, and only its third down year ever. Other cryptocurrencies also suffered, with Ether losing near 70%, and an index of the 100 largest coins dropping roughly 65%.

“People did not understand how much of an ‘easy money’ asset class cryptocurrencies were in 2020 and 2021,” said Matt Maley, chief market strategist for Miller Tabak + Co. “Some cryptos will survive and even thrive in the future, but they moved way too far, way too fast after the Fed engaged in their zero interest rate and massive QE policies. Now that these programs have disappeared, it’s going to take a lot longer for the crypto asset class to reach its full potential.”

Meanwhile, at the start of January, Goldman Sachs strategists predicted that Bitcoin could reach $100,000 over five years as it took market share from gold. Crypto advocate Mike Novogratz had called for the token to reach $500,000 in the same time frame, a projection he then dropped at the beginning of December.

The $100,000-plus price predictions showed “how influenced most of us still are by recency bias,” said Noelle Acheson, author of the “Crypto Is Macro Now” newsletter.

But perhaps none have been bolder than ARK Investment Management’s Cathie Wood, who at the end of November reiterated her Bitcoin target of $1 million by 2030 — a roughly 6,000% increase from current levels.

“Sometimes you need to go through crises to see the survivors,” Wood told Bloomberg TV at the time. “We think Bitcoin is coming out of this smelling like a rose.”

Plenty of strategists at the start of the year misread just how aggressive the Fed was going to be with its interest-rate hikes as it worked to tamp down inflation. Other central banks around the world also raised rates, creating an undesirable environment for risky assets like crypto — and a big change from the heady days of 2020 and 2021, when rates were super low.

“2020-2021 was a zero-interest rate policy party, rewarding the most suave party attendants for extreme risk-taking,” Vetle Lunde, senior analyst at Arcane, wrote in a research report. On the other hand, “2022 has been a yearlong hangover,” he said, adding that “fortune did not favor the brave, and we entered a consistent doom cycle of default, fraud and contagion.”

From the implosion of the Terra blockchain, which brought down a number of crypto lenders, to FTX’s bankruptcy, the year served up blow after blow for the industry. Lunde points out that his firm’s “Liquid Tradeable BTC” proxy has fallen to June 2020 lows, and that exchange balances have also dropped, which has implications for Bitcoin liquidity. He expects the market to calm down in 2023, but does not see prices reaching former all-time highs during the stretch — though Bitcoin could close out the year higher than where it started.

“In 2022, the naked swimmers were exposed and bad apples got eliminated,” he said. “Over the last year, we have relearned an old Bitcoin slogan – trust no one.”