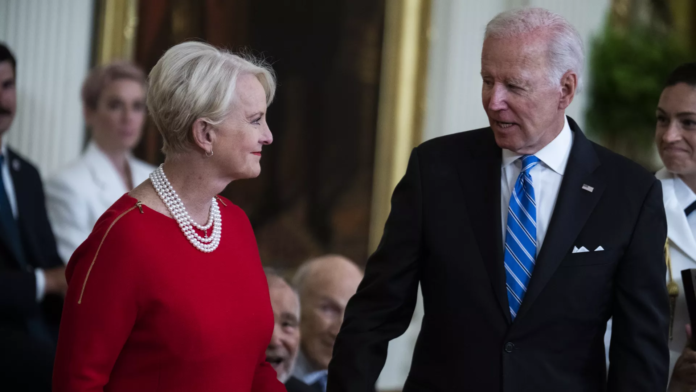 President Biden is working to elevate Cindy McCain, the current U.S. ambassador to the World Food Program, to serve as executive director of the Rome-based United Nations agency, according to people familiar with the matter.

Why it matters: With Russia’s war in Ukraine disrupting the food supply and drought affecting the Horn of Africa, the WFP will need a dynamic leader to raise billions of dollars — and then figure out how to deliver it in hostile territory.

Driving the news: The WFP’s current leader, David Beasley, a former Republican governor from South Carolina installed by President Trump, had his term extended for one year last spring after an extraordinary bipartisan intervention by senators, Axios reported. His term is scheduled to end in April 2023.

The intrigue: In addition to McCain — who is the widow of Sen. John McCain, the Republican nominee for president in 2008 —Biden officials have recommended David Lane, a former president of ONE Campaign, an anti-poverty organization, as well as a former U.S. ambassador to the WFP.

The big picture: President Biden closed out the U.S. Africa Summit today by announcing an additional $2.5 billion for food security and resiliency in Africa.