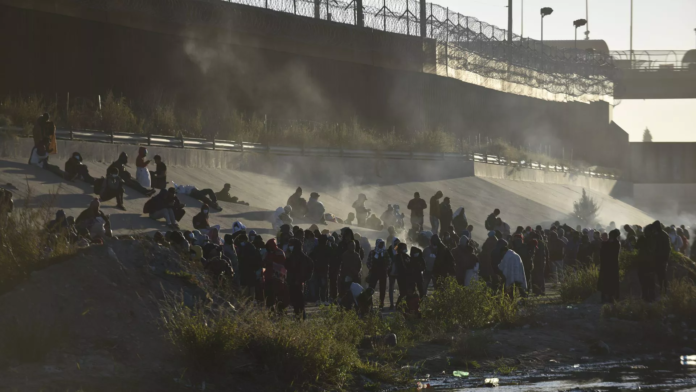 The possibility of 14,000 migrant crossings a day is pushing the Biden administration toward a new rule that would severely limit migrants’ ability to qualify for asylum at the southern border, Axios has learned.

Why it matters: Officials are concerned that Border Patrol stations will face acute overcrowding and Department of Homeland Security resources will be overwhelmed when the pandemic-era Title 42 policy ends on Dec. 21, according to sources familiar with the plans.

Driving the news: Title 42, implemented during the Trump administration and extended by President Biden, allows for the rapid expulsion of migrants and asylum seekers at the border. It’s scheduled to be lifted in less than two weeks, barring last-minute court intervention.

Behind the scenes: A draft rule that would impose an asylum ban for roughly five months — initially — has been circulated internally.

The big picture: The consideration of a drastic move such as automatically rejecting people from asylum — similar to efforts under the Trump administration — is a sign of just how concerned top Biden officials are about the situation at the U.S.-Mexico border.

Details: The new rule is still in the process of being finalized but would lead to people being considered ineligible for asylum (as was previously reported by Axios) unless they meet any of the following criteria:

The bottom line: Biden officials know they have both a political and potential humanitarian crisis on their hands. The very consideration of these rules is an indication of how seriously they are taking the problem.