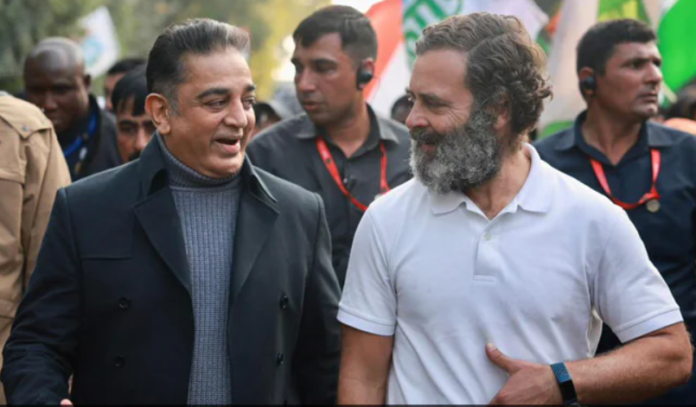 “It is our responsibility to reclaim the lost ethos of our Bharat. This (Bharat Jodo campaign) is a yatra that is beyond politics,” Kamal Hassan told reporters.

Makkal Needhi Maiam (MNM) founder Kamal Haasan on Friday said Congress leader Rahul Gandhi’s ongoing Bharat Jodo Yatra is a campaign that was beyond politics and stated there was a duty to ‘reclaim’ the country’s “lost honour.”

“It is our responsibility to reclaim the lost ethos of our Bharat. This (Bharat Jodo campaign) is a yatra that is beyond politics,” the actor-politician told reporters.

He further said he wanted to conduct the bulltaming sport ‘Jallikattu’ in Chennai and that efforts were on to secure permission for the same. The aim was to ensure the city-dwellers get a glimpse of the sport’s glory, he added.

Jallikattu is generally held in Madurai coinciding with the harvest festival Pongal in the second week of January.