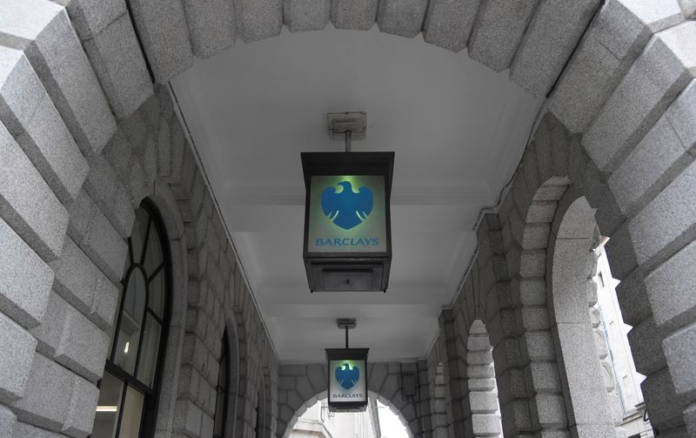 (Reuters) – British lender Barclays (LON:BARC) agreed with U.S. regulators on Thursday to pay $361 million for “staggering” failures that led it to oversell $17.7 billion of structured products, racking up further costs for an error that has blighted CEO C.S. Venkatakrishnan’s first year in charge.

Barclays shares rose 2% in early trading on Friday following the news, and were last up 0.5% at 08.46 GMT – broadly in line with gains made by the wider FTSE 100.

The conduct concerned dates back to March this year when Barclays disclosed that it had accidentally oversold complex structured and exchange-traded notes, overshooting by about 75% a $20.8 billion limit on such sales it had agreed with the Securities and Exchange Commission.

The bank had failed to implement any internal controls to track such transactions in real time, the SEC found.

“While we acknowledge Barclays’ efforts to identify, disclose and remediate this conduct, the control deficiencies and the scope of the conduct at issue here was simply staggering,” Gurbir Grewal, director of the SEC’s Division of Enforcement, said in a statement.

Barclays was not immediately available for comment on Friday. A spokesperson for Barclays, which did not admit or deny the SEC’s findings, declined to comment on Thursday.

Buyers of the notes, considered “unregistered securities,” had the right to demand Barclays buy back the products at the original price plus interest. The bank took a charge of 1.3 billion pounds in the second quarter to cover the costs of buying back the securities, denting its profits.

On Thursday, the SEC said Barclays had also agreed to pay a $200 million civil penalty for the control lapses. In addition, it agreed to pay disgorgement and interest of more than $161 million, although the regulator said that additional charge was satisfied by the buyback offer.

Analysts at Credit Suisse said in a note that the bank would likely have to take a further provision to cover the full fine, after setting aside only 165 million pounds for a potential penalty in its second quarter results.

While the SEC settlement helps draw a line under the incident, which has been an embarrassment for Venkatakrishnan – known at the bank as ‘Venkat’ – it still faces private litigation relating to the incident.

Barclays also still has to outline the final costs of its so-called rescission offer to buy back the securities it sold in error. Venkat told an investor event this month that it would do so in “relatively short order”.

Barclays said this month that investors had submitted claims for $7 billion out of the $17.7 billion worth of securities it over-sold.

Under a previous enforcement settlement Barclays agreed with the SEC in 2017, the bank was stripped of its “well known seasoned issuer” status that had allowed it to sell notes in the United States with flexible filing requirements.

As a result, Barclays had to quantify the total number of securities that it anticipated offering and selling and pay registration fees for those offerings in advance. In August 2019, the bank and the SEC agreed Barclays could offer or sell approximately $20.8 billion of securities, for a period of three years.

Given this requirement, staff knew they had to keep close track of actual offers and sales of securities against the amount of registered offers and sales on a real-time basis, but the bank failed to establish a mechanism to do this, the SEC said.

Around March 9, staff realized that they had oversold the agreed amount of securities and alerted regulators a few days later, the SEC said.