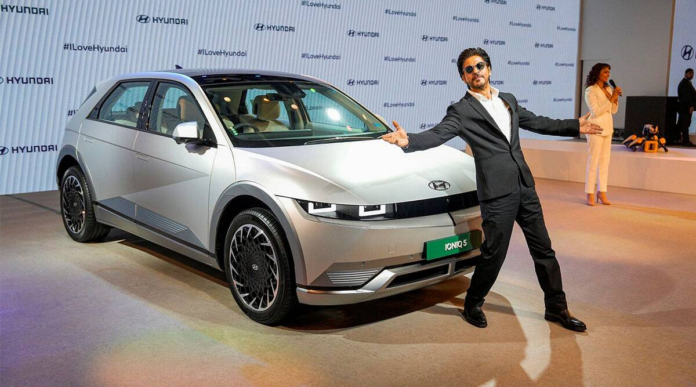 After a three-year hiatus, the Auto Expo returned for the 2023 edition. This year, various manufacturers, including Tata, Maruti Suzuki and Toyota, introduced their new electric vehicles and concepts. Here are some of them.

Maruti Suzuki’s eVX, unveiled at Auto Expo 2023, is an all-electric concept that will be Suzuki’s first global EV when it launches. The electric SUV is about 4.3 metres long and 1.8 metres wide. It is about 1.6 metres tall. Suzuki says the vehicle will have a 60 kWh battery, which according to the company should give it 550 kilometres of range. Tata’s Sierra electric SUV concept. (Image credit: Tata)

Even the interior of the car looks like it will not be out of place in a luxury German SUV. However, it still seems to be seen how many of these design cues will make it to the final production mode, which according to Autocar, should debut in 2025.

Tata Motors also unveiled the Avinya and Harrier EV concepts during the auto show. These are expected to come to the market in 2025 and 2024 respectively. The company currently sells EV versions of its Tigor sedan and Nexon SUV. But it is likely that the new models will be built from the ground-up as electric vehicles, unlike the Tigor and Nexon. Unveiling of Toyota’s BZ4X at Auto Expo 2023, in Greater Noida, Wednesday, Jan. 11, 2023. (PTI Photo/Atul Yadav)

Toyota showcased its new bZ4x electric SUV at Auto Expo 2023. According to CarDekho, the bZ4x is expected to be launched in April 2023. The car was launched in May last year and has a 71.4 kWh battery that the company claims is good enough for more than 550 kilometres of range. Bollywood actor Shah Rukh Khan poses next to Hyundai’s all-electric SUV ‘IONIQ 5’ during its launch at the Auto Expo 2023, in Greater Noida, Wednesday, Jan. 11, 2023. (PTI Photo/Ravi Choudhary)

While Maruti Suzuki and Tata announced electric vehicles that we will have to wait a few years to buy, Hyundai confirmed the launch dates of two models that are already production ready–the Ioniq 5 and Ioniq 6.

The company announced the Indian launch of the all-electric CUV (crossover utility vehicle) Ioniq 5 during the expo. In India, the car will be available in a single variant with a 72.6 kWh battery that the company says is good enough for around 470 kilometres of range. The company also showcased its all-electric Ioniq 6 sedan. Globally, the car comes in two variants– the long-range model with a 77.4 kWh battery and a standard-range model with a 53 kWh battery. Kia’s concept SUV ‘EV9’ on display at the Auto Expo 2023, in Greater Noida, Wednesday, Jan. 11, 2023. (PTI Photo/Atul Yadav)

During Auto Expo 2023, Kia showcased its EV9 all-electric SUV concept. According to Autocar India, the EV9 concept has a 77.4 kWh battery pack and measures around 4.9 metres in length, 2 metres in width, and 1.7 metres in height. The car is expected to go on sale globally in 2023. The newly launched BYD’s ATTO 3 electric car at the Auto Expo, in Greater Noida, near New Delhi, India, Wednesday, Jan. 11, 2023. (AP Photo/Altaf Qadri)

Chinese automaker BYD announced the launch of its Seal all-electric sedan in India during Auto Expo 2023. According to the company, sales of the Seal sedan have exceeded 50,000 in China and the vehicle should come to the Indian market in the fourth quarter of 2023. The company also claims that the BYD Seal has a range of up to 700 kilometres.

During the Auto Expo, MG Motor announced the launch of their MG 4 electric hatchback. According to Financial Express, the electric hatchback is built on a modular scalable EV platform developed by MG’s parent company SAIC.