HomeNewsEconomyArgentina to buy back $1 billion in foreign debt in signal to... 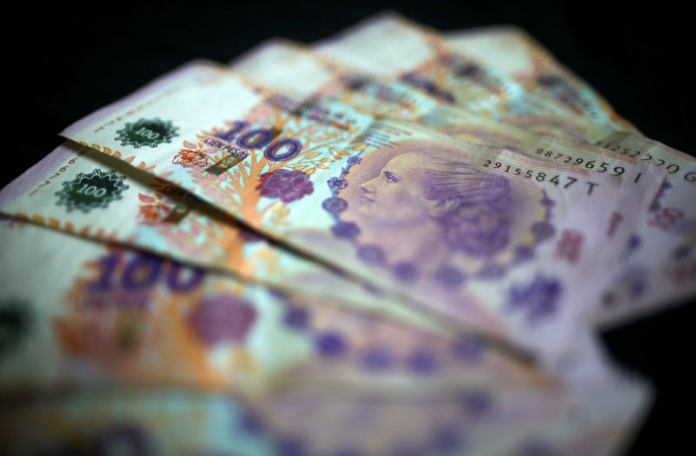 By Walter Bianchi and Jorgelina do Rosario

The move will focus on dollar-denominated sovereign notes maturing in 2029 and 2030 with the program set to start immediately as the country looks to take advantage of what the minister called a “window of opportunity.”

Prices had been on the rise since November, however, though they are still at distressed levels below 40 cents on the dollar.

The move, which Massa said could help boost the country’s access to capital markets, comes as Argentina battles to replenish foreign currency reserves, rein in rampant inflation and prop up its weakening peso currency.

“Undoubtedly over the next few months, by inviting the private sector to accompany the Argentine state in this job of improving its (debt) profile, we will carry out other measures like the one we are taking today,” Massa added.

Argentina’s foreign dollar bonds still yield between 19% and 35% despite major debt restructurings in 2020 with private creditors and a $44 billion re-profiling of a program with the International Monetary Fund (IMF).

An IMF team is discussing the buyback proposal with the Argentine authorities, including to ensure its consistency with the objectives of the program, said a source familiar with the fund’s thinking.

Walter Stoepplewerth, chief strategist at Gletir Corredor de Bolsa, said part of the aim of the move was to narrow a large gap between the official peso-dollar exchange rate and popular parallel currency markets, where dollars are twice as expensive.

“We believe that providing some calm to the parallel dollars is the real goal of this program,” he said, but warned low reserve levels created a challenge. Gross reserves are around $43 billion but net levels are estimated to be near $6 billion.

“The recent measures announced show some political willingness to solve this confidence deficit. It will depend on future measures whether this can be sustained over time.”