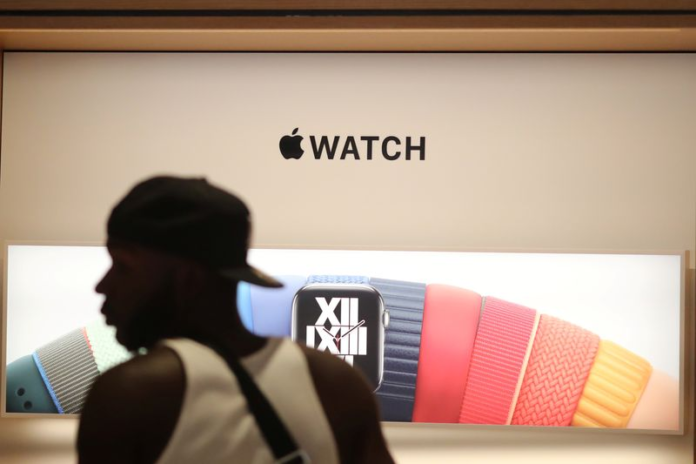 The ITC said imports of the infringing watches should be banned, but that it would not enforce a ban until appeals were finished in a separate dispute before the U.S. Patent and Trademark Office (USPTO), where a panel found AliveCor’s patents invalid earlier this month.

The Biden Administration will have a 60-day period to decide whether to veto the import ban based on policy concerns. The commission set a bond of $2 for each infringing Apple device imported during the presidential review period, which it also suspended while appeals of the USPTO decision are pending.

Presidents have rarely vetoed import bans in the past. Parties can appeal a ban to the U.S. Court of Appeals for the Federal Circuit after the review period ends.

Apple said in a statement that it “firmly” disagreed with the ITC decision but was pleased that the import ban was paused.

AliveCor CEO Priya Abani said in a statement that the decision underscored the importance of intellectual property rights for companies “whose innovations are at risk of being suppressed by a Goliath like Apple.”

Mountain View, California-based AliveCor stopped selling the device in 2018 after Apple launched its own ECG feature in its smartwatches. AliveCor told the ITC last year that Apple copied its technology starting in Series 4 Apple Watches and drove AliveCor out of the market by making its operating system incompatible with the KardiaBand.

Apple Watch Series 4, 5, 6, 7, and 8 have ECG technology. Apple introduced its most recent Series 8 in September.

A group of Democratic congressional representatives had asked the ITC in October not to ban imports of Apple Watches, many of which are made in China, even if it ruled for AliveCor, supporting Apple’s argument that limiting access to the tech giant’s heart-monitoring technology would have a negative impact on public health.

The USPTO’s Patent Trial and Appeal Board declared the AliveCor patents invalid at Apple’s request in a related case on Dec. 6. The tech giant has also countersued AliveCor in San Francisco federal court for allegedly infringing its patents.