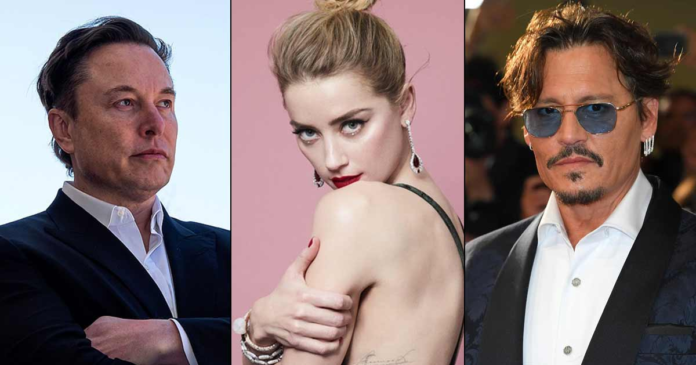 Did Aquaman fame Amber Heard use the same manipulative trick against her ex-husband Johnny Depp and Elon Musk?

Amber Heard has had quite a controversial love life. While her relationship with Johnny Depp and Elon Musk is known to one and all, the actress has allegedly also been involved with James Franco and Cara Delevingne. Rumours are now rife that she used the same manipulative trick against her former partners and below are all the details regarding it.

As most know, Amber married Johnny in 2015 but their romance began on the sets of The Rum Diary (2011). Their relationship involved a lot of drugs, and booze but what one did not expect was domestic violence and cheating allegations to be a part of it. The Aquaman star allegedly slept with Elon in JD’s penthouse and pictures of their cosy moments in the elevator are now for the world to see.

But did Amber Heard have a way of manipulating both her ex-partners? A lot of reports have lately suggested that the Justice League actress had been blackmailing Elon Musk into paying her legal fee during the defamation trial. She allegedly has some “deeply incriminating” stuff against the Tesla creator.

Now, what’s more interesting is that Amber Heard has filmed Elon Musk doing something that he wouldn’t want to be leaked. But this isn’t the first time the actress has had information like that. She used to regularly tape Johnny Depp while he was drunk, take pictures of him passing out and used all of it during the defamation trial.

A source close to House Inhabit had revealed, “It is not surprising to anyone who knows her. Amber was always filming him. She had a method. She had it down. She would get Elon really f**ked up, so incriminating events could transpire and then film it all.”

Well, that does sound scary, isn’t it? But only Amber Heard or Johnny Depp and Elon Musk can reveal if all the rumours about her are indeed true!