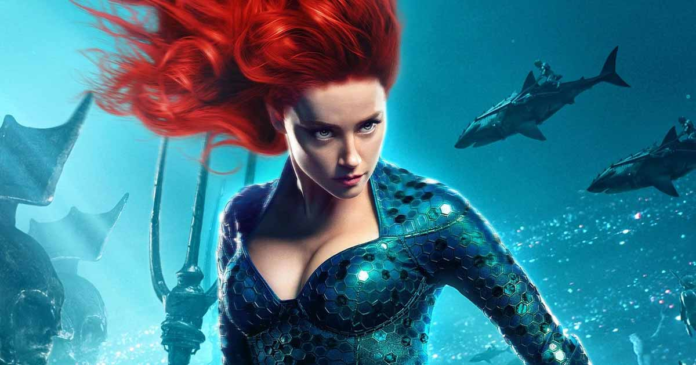 Aquaman 2’s new update about the reduced budget is beneficial to Amber Heard. Why? Read on to know more about it!

A new update is here for all Amber Heard’s fans. Well, there has been quite a debate over her character’s scene in Aquaman 2 ever since she has been under the public radar after the defamation case with her ex-husband Johnny Depp. Amber received quite a backlash from the netizens, and for that, there have been reports that Amber’s Mera will be cut short. However, things are looking a little better for the actress now. Why? Scroll below to get the scoop!

James Wan, who directed Aquaman, has also been roped in to helm the second installment of the movie. And as per reports, the director has been allegedly asked to reduce the budget for a reason.

According to Variety, a few sources close to the DC universe revealed that the budget for Aquaman and the Lost Kingdom has been decreased to a notch lower due to some financial restrictions. Now, it seems this new update might work in favour of Amber Heard as her scenes might finally make it to the big screens despite all the negativity.

Pamela Abdy, Co-chair at Warner Bros allegedly asked James Wan to reduce Aquaman 2’s budget for re-shooting scenes as it has already surpassed $205 million. And as per reports, these orders were given before James Gunn and Peter Safran sat on the Co-CEO of the DC Universe’s throne. Now, James Wan has nothing but to follow it.

So, apparently, if there’s no re-shooting happening then Amber Heard‘s scenes might not get scrapped. Well, it was kind of unfortunate for the director but it surely did benefit the actress who was in a place where she could have lost the role as it is.

What are your thoughts about it? Let us know in the comments!