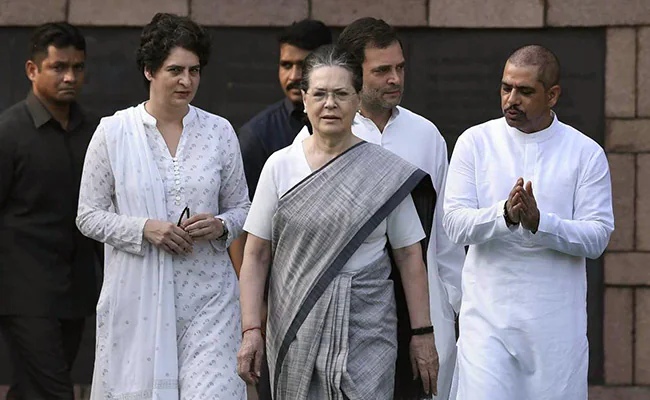 The Congress has often claimed that the corruption charges against Robert Vadra are politically motivated.

The BJP today dubbed the Gandhi family as “kattar paapi parivaar” and the “most corrupt family in Indian politics” as it cited the Rajasthan High Court’s rejection of Robert Vadra’s plea to quash a money laundering probe against him.

BJP spokesperson Gaurav Bhatia said Rahul Gandhi and Sonia Gandhi should break their “silence” on corruption and money-laundering allegations against Robert Vadra, who is married to Rahul Gandhi’s sister and Congress general secretary Priyanka Gandhi, when their party was in power in Haryana and Rajasthan and at the Centre as well.

The Congress has often claimed that the corruption charges against Robert Vadra are politically motivated.

The Rajasthan High Court had last week rejected a petition seeking the quashing of an Enforcement Directorate investigation into the purchase of land in Bikaner by a company (Skylight Hospitality), linked to Vadra and his mother, through alleged shady means.

“This is a ‘kattar paapi parivaar’ (extremely immoral family) of India. Its only work has been to do corruption and grabbing land to hand over to Robert Vadra,” he alleged.

Mr Bhatia also rejected the Congress’ claim of witch hunt against Robert Vadra, claiming that it amounted to casting aspersions on the judiciary which has refused to quash charges against him.

“They are the most corrupt family in Indian politics. Three members of the family are out on bail in corruption cases. It is a serious matter of concern for a government with zero tolerance for corruption,” he said, in reference to the corruption probe against Sonia Gandhi and Rahul, both former Congress presidents, in the National Herald case.