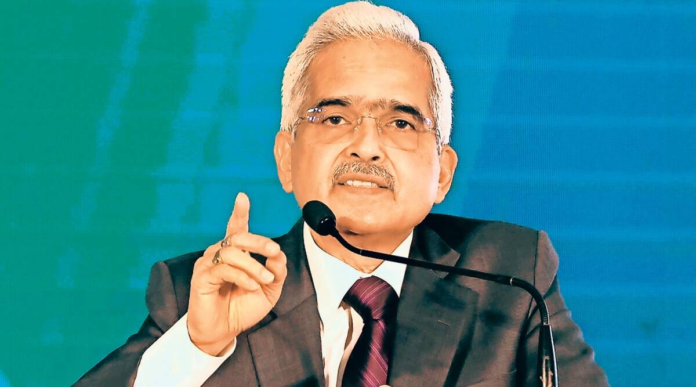 Core inflation, which is around 6 per cent, is an area of concern: Shaktikanta Das

Reserve Bank of India Governor Shaktikanta Das Friday said there is no need to revisit the current inflation target of 4 per cent (with a leeway of 2 percentage points on either side) as it gives flexibility in taking monetary policy decisions.

“The current (CPI inflation) target gives enough policy flexibility to the Monetary Policy Committee (MPC). Keeping that in mind… it is very robust in the Indian context. I don’t think there is any need for a change,” Das said at a banking and economy summit.

He said the inflation targeting framework did facilitate maintenance of average CPI inflation at about 3.9 per cent from 2016, when it was instituted, to the pre- pandemic position in February 2020.

However, during Covid, the monetary policy committee utilised the flexibility embedded in the inflation targeting framework to tolerate higher inflation of up to 6 per cent, he said.

“When we were undergoing the stress of Covid, slightly higher inflation had to be tolerated because the economy required help and support. We had to do a substantial reduction in policy rates and infuse a lot of liquidity,” Das said.

Consumer price index (CPI)-based inflation, or retail inflation, eased to 5.72 per cent in December from 5.88 per cent in November. Das said the moderation was mainly due to softening of food inflation.

Das, however, said the core inflation, which is at around 6 per cent, is an area of concern.

“The number which came out yesterday showed that core inflation is about 6.1 per cent compared to 6 per cent in the previous month. Although the momentum of core inflation seems to have slightly moderated, the point remains that the core inflation remains sticky. That is not a very comfortable number to deal with,” he said.

He said the country’s economy has not only landed safely but has remained resilient amid huge global spillovers because of the Russia-Ukraine war, geopolitics and synchronised monetary policy tightening, especially by the US Federal Reserve and other advanced economies.

On bank credit, the RBI governor said that the growth so far was mainly driven by the retail sector, but now there are signs of pick-up in wholesale credit.

“Given the fact that our economy has held up very well and it remains resilient, I think, going forward, we should see more wholesale credit demand coming up,” Das said.

“Private capex cycle is showing some signs of movement. Going forward, it should pick up further because capacity utilization of the manufacturing sector is around 75 per cent and services export is also doing very well,” he said.

On the current account deficit (CAD), Das said, “There is improvement visible in CAD. It will be eminently manageable. Also, financing of CAD is going to be fairly comfortable.”

The country’s current account deficit widened to 4.4 per cent of gross domestic product (GDP) in the second quarter of the fiscal 2022-23 from 2.2 per cent in the April-June quarter.

Oil down 7% on week as dollar rockets on U.S. jobs report