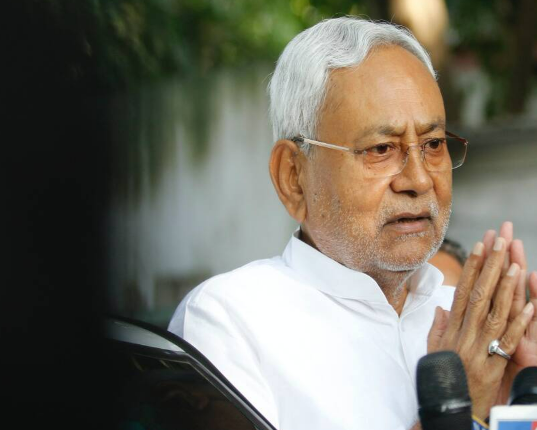 7,283 vacancies cleared in latest round, 228 only permanent; 1.3 lakh teachers to be hired next year. Where are the funds, asks Opposition.

The Bihar Cabinet’s approval to fill 7,823 vacancies in the land and revenue department has shifted the focus back to Chief Minister Nitish Kumar’s promise of creating up to 20 lakh jobs. Though the government is preparing for an employment generation drive early next year, the BJP is maintaining its scepticism given the enormity of the challenge and the state’s financial situation.

In his Independence-Day speech, Nitish promised that his government would create 10 lakh new jobs in the government sector and generate an additional 10 lakh employment opportunities in other sectors. The promise came days after his Janata Dal (United), or JD(U), tied up with the Rashtriya Janata Dal (RJD) that had made 10 lakh jobs its poll pitch in the 2020 Assembly elections and emerged as the single-largest party. RJD leader and current Deputy Chief Minister Tejashwi Yadav benefitted from the strategy of focusing on job creation and it almost unsettled the National Democratic Alliance (NDA) in the polls.

While the government cleared the proposal to fill the vacancies in the land and revenue department on Tuesday, the CM indicated how his administration planned to go about achieving its objective. After handing over appointment letters to almost 450 doctors recruited by the animal husbandry and fisheries departments, Nitish said, “I have asked all the departments to prepare lists of vacancies so that the government can fill them up in a phased manner.”

The education department is likely to begin the seventh phase of “Shikshak Niyojan (teacher recruitment)” early next year. An estimated 1.3 lakh teachers are expected to be hired during this recruitment drive, according to officials. These will be contractual positions with an initial salary of Rs 22,000 per month and the retirement age set at 60 years. Though a less-than-ideal scenario for job applicants, the recruitment drive will be presumably welcomed given the state’s financial situation and the lack of job opportunities. Of the vacancies for which the Cabinet granted approval Tuesday, only 228 are for permanent positions.

Nitish’s target remains a tall order since Bihar has an annual revenue of less than Rs 45,000 crore and an annual Budget of over Rs 2.5 lakh crore, which includes the cost of all centrally sponsored projects. It will be a tough objective to meet it even if most jobs that the government ends up generating in its departments are contractual in nature.

The salaries of teachers in government schools are often delayed by several months. Earlier this month, Bihar Finance Minister Vijay Kumar Choudhary accused the Centre of discriminating against the state and delaying Sarva Siksha Abhiyan (SSA) funds. But former Deputy CM and Rajya Sabha MP Sushil Kumar Modi claimed that the state government was to blame as it failed to fulfil conditions under the Public Financial Management System (PFMS), which monitors social sector schemes and tracks the funds disbursed to help maintain fiscal responsibility.

The BJP, the JD(U)’s former partner in the government, believes the Mahagathbandan (Grand Alliance) government has set itself a near-impossible task. Following the CM’s remarks on Tuesday, a former BJP minister said, “We have very limited sources of revenue. Even if the government decides to hire people on contract in its various departments, it has no funds with which to pay salaries. The government can at best help people employ themselves with loans and subsidies, but giving 10 lakh jobs (in the government) is impossible.”

Concurring with the BJP leader, Bihar Teacher Eligibility Test Association president Amit Vikram said, “The state government has not been able to give monthly salaries to teachers, teachers have not got their salaries for several months.”

Earlier this month, Nitish’s former associate and political strategist Prashant Kishor also raised doubts about the CM’s ability to meet the target. Kishor, who is set to begin his statewide padayatra from west Champaran on October 2, said, “He has ruled Bihar for 17 years and could not create 10 lakh jobs. If he is able to give 10 lakh jobs in the coming 11 months, I will stop my campaign and accept him as my leader again and work for him.”

Dismissing the concerns, RJD national spokesperson Subodh Kumar said, “There are 3.75 lakh pending vacancies. Besides, jobs could be created in the health department to match the doctor-patient ratio and in the education department to match the student-teacher ratio. If job creation is linked to social objectives, funds can be raised from society as well.”

JD(U) chief spokesperson Neeraj Kumar said, “There are many jobs at micro levels.”